The argument against the iOS vs Android argument 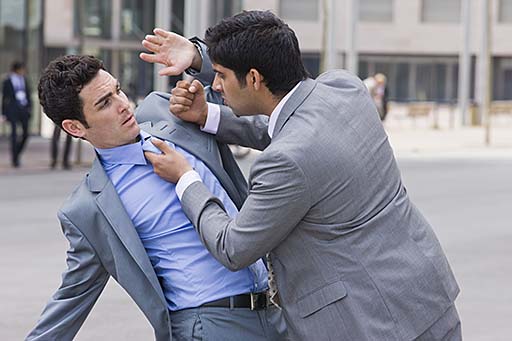 “iOS is better” “No, Android is better”. In the mind of the average consumer it doesn't matter. You may be asking yourself, “why doesn't it matter to them, they are using the OS, they should want to defend it against naysayers?” But the truth is regular users of technology barely scratch the surface of what that technology is capable of, this is never more true than when dealing with mobile computing. If you walk up to the average consumer and ask “What version of iOS or Android are you running?” they will look at you dumbfounded and wonder what the hell you're talking about. Today I watched as a woman in her early 50’s attempted to navigate through iOS, something we tech geeks consider to be the “Easy-mode” of mobile computing, this is not an insult to iOS users its just how iOS is designed. I watched for about 15 minutes as she fumbled between screens trying to find the applicable weather information for her location through the Weatherbug application. At the height of her frustration she turned to her husband a man in the same age group and asked “How do I do this again?” his advice to her was to hit the home button which he referred to as the “Big button in the center” and just start over from scratch, he also said “The weather for our location should pop up after you restart the app. She followed her husbands instruction and with great satisfaction it worked!! I smiled looking at the look of accomplishment on her face and in that same moment I was inspired to write this short write-up.

That woman and man are the average consumer, they don’t notice lag, or appreciate Apple’s “bounce back” animation when you reach the end or bottom of a page. They don’t notice app loading time relative to other hardware, they don’t care about the next iOS or Android update. They bought the phone they have because they like the phone as it is the day they bought it. The average consumer is that guy/girl that you look at their phone and are greeted with a notification tray full of “Update Available for APP X” in their tray (we all know people like this) and you are immediately compelled to update all of them, as well as check for a software updates on their phone just to bring them up to date. So what’s my point? Well, most of the market is made for the “Average Consumer” and Apple, Google, Windows etc. are all building devices for a target consumer.

Look at iOS, Apple is following a very common methodology it’s called K.I.S.S. (Keep it simple stupid) meaning to create something that even the most non-techy person can operate. The objective is simple, build something that they do not have the ability to alter too much to break, make navigation and customization as simple and basic as possible and this will allow them the ability to enjoy the benefits of technology without overwhelming them with options.

Google as a company is made up of young geeky and very technical folks, who more or less live to push and innovate things that may or may not be needed. Google’s approach to Android is we will give you the base and you can “Build it how you want it”. Google gives you basic functions but leaves it to the consumer to build the device to operate in a manner that satisfies the user. But even within Android you see the differences in approach, companies like Samsung, who are trying to make everyone happy introduce so many features no human being can commit them all to memory to use them, while creating something called “Easy Mode” which is supposed to help those non-techy folks get around the phone and more or less confusing everyone. To HTC who basically focuses on features that are more practical, less flash and more lifestyle oriented. In the Android ecosystem we see the OEM’s skin Android to make them more appealing to the Mass Market and this is why OEM skins tend to have tons of features that can already be found in apps from the Play Store. But the average consumer doesn't go to the Play store often, they just want the phone to do all these things by default. We geeks call this “Bloat” the average consumer calls this “awesome”.

This is already long enough so I will end this rant with this thought. There is no point in arguing which OS is best because truthfully they are all aimed at different types of consumers. One group will always feel they have the better OS, and guess what, you should feel that way. The OS is made for someone like you. If you picked up a different OS you may not like it as much as the one you live in, but that’s because its not built for you. So lets just stop the pointless argument over which is better. Instead lets talk about the one we belong to and how it can be improved. Or maybe if we are considering switching, what the differences are between the OS’s to allow the consumer to make a smart choice on where they wish to live.