The iPad mini 2 in gold and with a fingerprint scanner Two new photos of the coming iPad mini 2 has leaked out of China.
In those photos, the iPad mini 2 has the same gold color as the new iPhone 5S, and a fingerprint scanner, so it’s kinda obvious that Apple is giving all their devices the same design and the fingerprint sensor. Personally I think it’s because Apple[1] is planning to remove the home button in next year’s models. 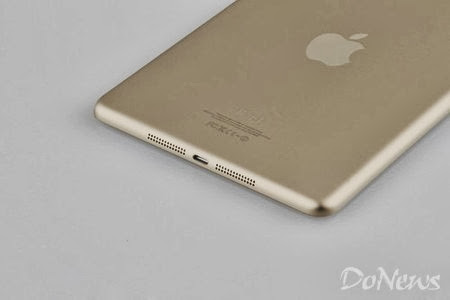 So my guess is that the next 9.7-inch iPad will also come in gold and have a fingerprint scanner.

Only time will tell, I think.