Watch the Samsung UNPACKED 2013 Episode 2 Livestream here! I will also meta live blog on this post 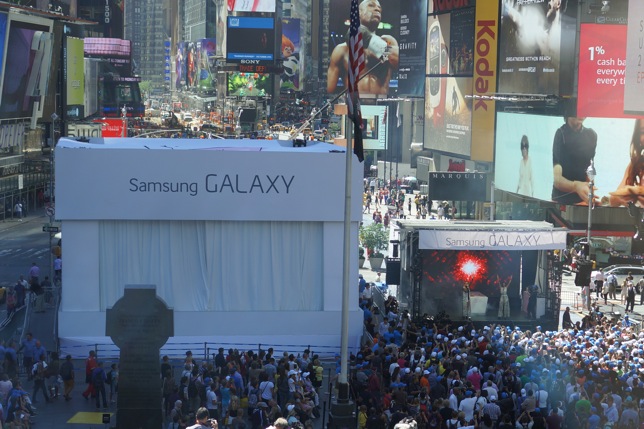 This is some of what Samsung presented:

"For the first time we have given Galaxy Note 3 a warm texture-touch cover."

"Slimmer, lighter, and more powerful. All in a beautiful design."There's a new, "much more enhanced" S Pen.

Enhanced multitasking, "you do not have to switch between tasks, one to the other."Category 4 LTE with multiple bands.

September 25th release dateFor all of the new Galaxy devices.Worldwide availability in October.

Jason describes the new Note design as "a whole new aesthetic." He called the back cover "leather," but it's not actual leather.The screen is 5.7 inches, weight is 168g.

S View cover has a larger window for getting info without opening up the wallet.

S-pen is more advanced: When you see the dot, you press the button on the S Pen and you get Air Command. The dot in question appears when you hover just above the screen

Again, Samsung is adding to much strange features... It's almost not Android anymore

The Note 3 is almost completely S-pen based now. Everything in the OS is for the S-pen. And me who don't like Styluses ;)

The S Note app syncs up with other apps like Evernote.

now you can have two instances of the same app side by side. Also you can drag things between apps now. So content from one ChatOn chat can be transferred to another without any switching for example

They have done completely everything with the S-pen now... I want to use my finger and navigate the android way...

Pen Window is the real manifestation of the UI box. It allows you to draw an area on the screen to launch a mini-app that floats atop the rest of the UI.

My Magazine is Samsungs Flipboard or HTC BlinkFeed alternative...

They present the Gear smartwatch now, and I still thinks it's huge and clunky, really ugly

"Crafted with stainless steel, but still light in weight."

Gear is seamlessly connected to the Galaxy smartphone in your pocket." Notifications will display on the phone instantly, he says.

A feature called "Smart Relay" will automatically send what you're viewing on the phone to your device.

"You can talk as you would talk on a regular phone." by just raising your hand to your ear, it's a microphone in the armband

With Gear you can make and receive calls without taking a phone out of your pocket.

The built in camera: "Don't let great moments slip away. Just point your wrist... and shoot!"

Tons of compatible apps with the Gear, Samsung promises more than 70 at launch.

Gear's compatible with the other new devices announced today: the Note 3 and Note 10.1 2014 Edition.

25 hours battery life! That was a surprise.

Note 3: 60fps 1080p video can be shot with the 13-megapixel camera on the back of the Note 3.
Ultra high-quality audio and a crazy 3GB of RAM.the Galaxy Note 3 can record 4K video

Lastly, the Note 3 is running a 2.3GHz quad-core chip for the LTE version" and a 1.9GHz octa-core for the others.Available October in the US. Across all major carriers. The rest of the world later this month

-----
Samsung will have their press conference called UNPACKED 2013 episode 2 in a few minutes, you can watch it live on this post below. We will see Samsung Galaxy Note 3 and Samsung Gear smart watch. Will we see more? Check this post to see me live updating during the event.