When Google dropped the mic and we hardly noticed 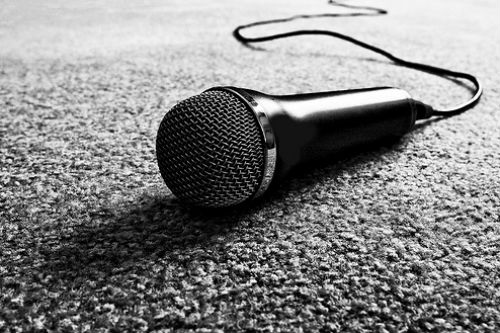 So we’re all on the same page “Dropping the mic” means and here’s your visual.

Lets take a trip back in time to Google I/O 2012. Now aside from the beautiful venue, the awesome Google Glass demonstration and of course who could forget the Nexus Q! right, right… No? Yeah….Let’s just forget that ever happened eh? Anyway, aside from all that stuff there was this little service that was introduced. Think you know what i'm talking about? I’ll give you a moment to think about it while I grab a coffee. Well, if you didn't get the service i’m talking about you have just proven my point. I’m talking about Google Now, and no i'm not talking about Search i’m talking about Google Now. You may be wondering what’s that? Well, Google Now is basically my wife in my pocket (It knows everything, and I would be aimlessly wandering around without it). Google Now keeps me in line with things I have to do, reminds me that my new Chromecast is on my doorstep (The other one my wife didn't want me to order), it’s the tour guide when i'm looking for a place to eat, the assistant at the airport that tells me my flight status. In a word Google Now is “Magical” and the best part of Google Now, it’s completely optional and available on iOS and Android.

So on stage the great presenter Hugo Barra stood and talked about how smartphones are only as smart as we tell them to be and how it would be great if we got the information we wanted when we needed it without having to ask. Then we were presented with what I feel was the single most innovative piece of software we have seen in years. Baris Gultekin casually walked on stage, as if he wasn't saying anything special and began to navigate us through the functions and benefits of this service in a very laid back manner. Nobody was jumping out of their seats or prematurely clapping as we were introduced to what in my opinion was a revolutionary piece of software. After that the show went on as normal. Nobody really understood the impact this service would have on our world.

A Round of Applause?

What we were introduced to was a first of it’s kind service that caters to the user. It learns from your behavior automatically. It learns based off your activities, it knows what you will be doing that day, when you will be doing it, and will tell you when you should leave to get there on time and what route you should take. Heck, it will tell you if there is a problem along the way. Not everyone uses Google Now, and those of us who can and do, learn something new about it every week. I am always pleasantly surprised when a new card appears on my list. Just today, Google Now told me about the news of the alleged Nexus 5 at the FCC because it knows my obsession with this device. Google Now reminded me a few days ago that a new episode of Dexter was airing and when, of course I missed the episode because I was caught up watching an episode of All About Android on TwiT (Not a Sponsor). So even though Google Now may have been overshadowed by things like Google Glass, Search, the Nexus 7, API’s and the Q, it remains the silent hero of the Android ecosystem. The beauty of Google Now is that it’s not just limited to Android, (sure it works better here) but even iOS users can enjoy the magic of this service.

So that moment when Baris Gultekin casually walked off the stage after introducing this revolutionary product, I wish he had a mic so he could have just dropped it while the crowd went wild, because if anyone deserved a round of applause, it was him.