How did Apple recreate the Gold Rush? 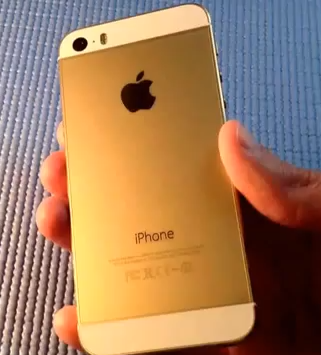 How did Apple recreate the Gold Rush?

The world is perplexed as to why the Gold iPhone is so popular, but are you really surprised?
iPhone users have been waiting for something “brand new” for quite some time now. Apple felt it needed a huge overhaul of the OS, and they also felt the need to change up the color options of all their iPhones. The magic of 2007 has gotten stale and Apple strains to woo the fanboys to stick around.

Lets be honest the 5s is VERY similar to the 5. The build is roughly the same. The screen size is the same. Most of the public can’t even tell a difference when they see a new 5s, that is, unless its gold ;) Through mild iterations, they thought they could keep the junkies coming back for more. The power of this logic is waning, and waning fast. With Android gaining steam in the marketplace, competition is getting heated. Investors are still unconvinced that Apple can stay on top of mobile for much longer.

This recent release was a huge grab for the average consumer. They set very calculated bait and the world fell right into it.

“Oh, you think a fingerprint scanner is nifty?” … “Done”

Most Apple faithful forgot what they wanted when they saw the gold version. They forgot that they were thinking of switching to Android. They forgot everything. They threw their inhibitions to the wind and yelled “Shut up and take my money!” One seemingly minor color change and the public went wild. Even a perceived change, is still a change.

The mentality of “I want everyone to know that I have the new iPhone” lingers with each new release. The 5s release was no different. The gold version seemed like the only option to set yourself apart from the pack. The irony quickly becomes obvious. A population over inundated with gold iPhones seems to defeat that purpose. Excessive lust for gold made the whole mentality capsize on itself.

Regardless of how you feel about the iPhone, we are experiencing another Gold rush for the history books.