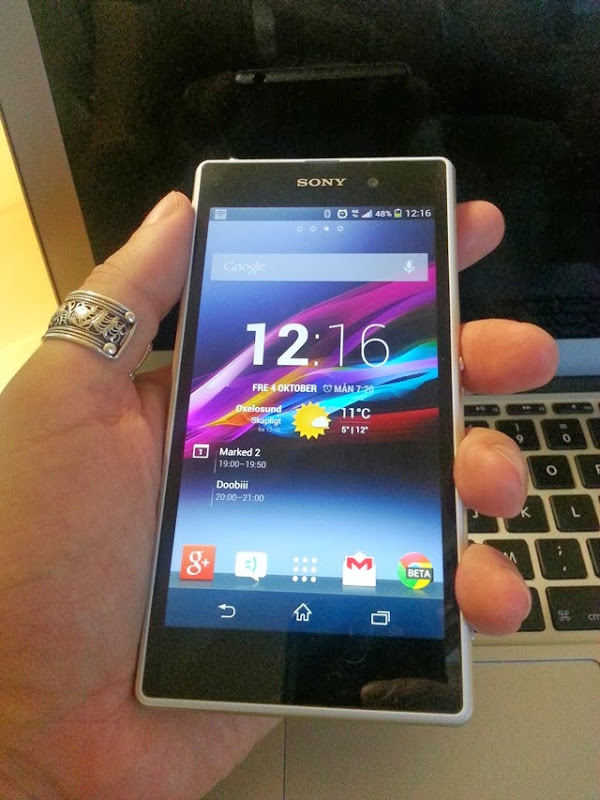 After been using the Sony Xperia Z1 for a while now, I thought I should do a review.

When I did the unboxing of the Xperia Z1 I noticed two things, the first was that here in Sweden it comes with a docking station. I don’t think it does that in other countries.
The other thing I noticed was that it didn’t come with any headphones. That’s strange.

It didn’t take long after holding it in my hand before I knew that this is a high quality phone. It has one of the highest build quality I’ve ever held in my hand. And what a beauty it is!

I love the feeling of only metal and glass. No cheap plastic.

The large bezels at the top and bottom of the screen makes it very easy and comfortable to hold it in landscape mode. I actually enjoy them. Some users have complained that they are too big, but I think they haven’t tried using the phone enough. It’s very useful to have them there.

The phone is a bit on the heavy side though, feels heavy in your hand. That could be both a plus or minus. I mean, the heaviness for me means an exclusive feeling, but I guess some users will think that it’s too heavy to hold for a longer period of time. 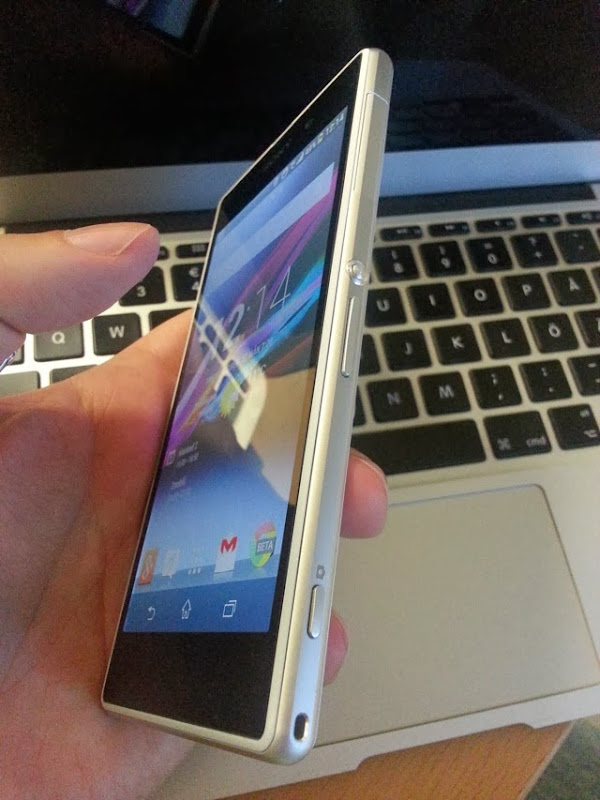 It took quite a long time to do all the settings and getting all the apps automatically installed after logging into my Google account.

But after that was done I could finally start using the phone, and Sony’s UI is a pleasure to use. Very light skinned, almost stock Android. The few changes Sony has done is only to the better.

And the Xperia Z1 is really fast, I mean it screams!
There is no lag at all, and the UI really flows. No waiting time starting apps and so on. 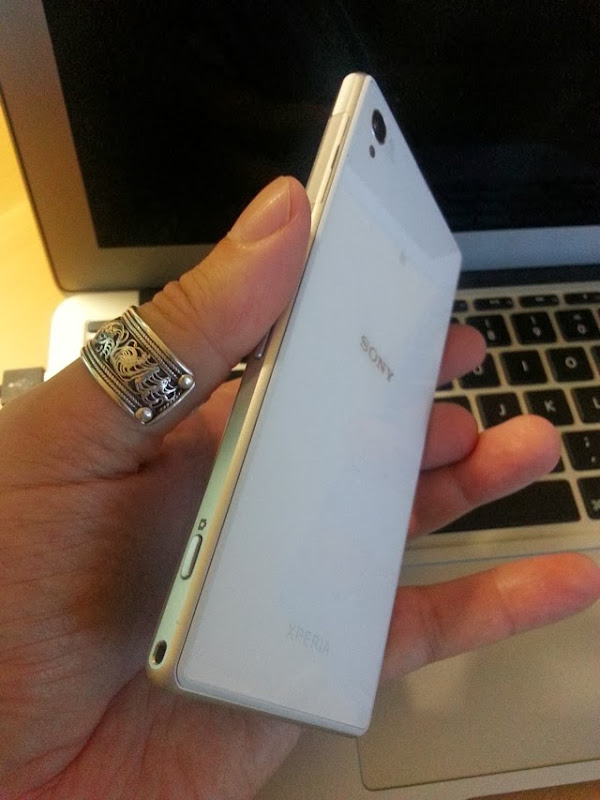 The phone is quite big and not the easiest device to handle with one hand though. It takes some practice to lay on the side in my bed using it, that I usually do before I go to sleep. I am really glad I didn’t bought the Xperia Z Ultra that i was planning to. I mean I can really feel this phone in my jeans, so the Ultra had been way too big.

The large speaker grill hides quite good stereo speakers. I don’t think they have a muffled sound because of the phone is waterproof or something, but phone speakers always sounds a bit canned if you know what I mean. They are better than the one on the Samsung Galaxy S3 4G I have. And thankfully they are placed at the bottom of the phone and not on the backside as some phone has… 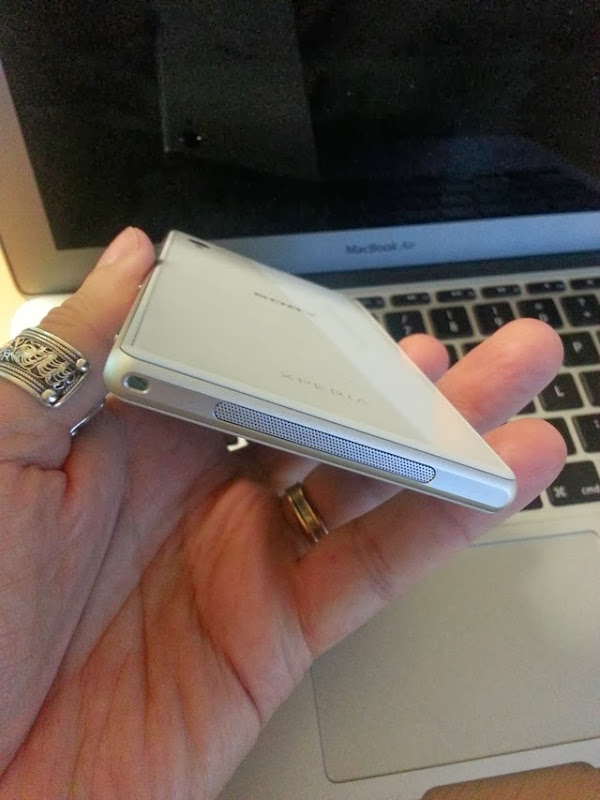 Another thing that impresses me is the awesome battery life. It really shows that it has a large 3000mAh battery. I can easily get through a complete day without charging and I am using the phone a lot. You could easily get about 4 to 5 hours screen on time too. 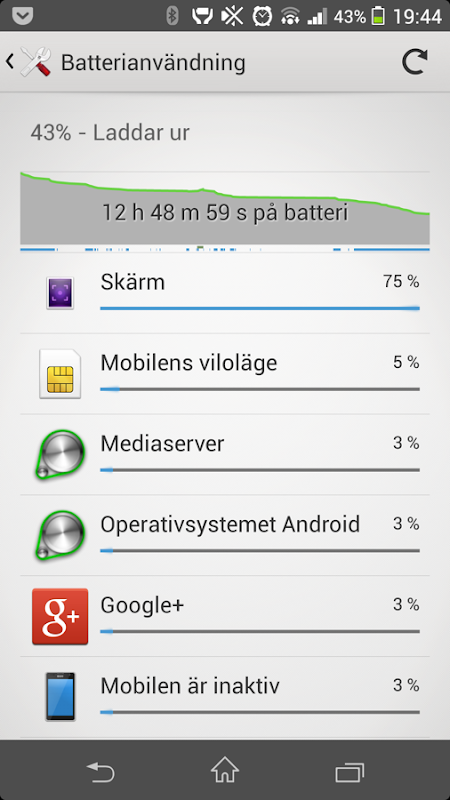 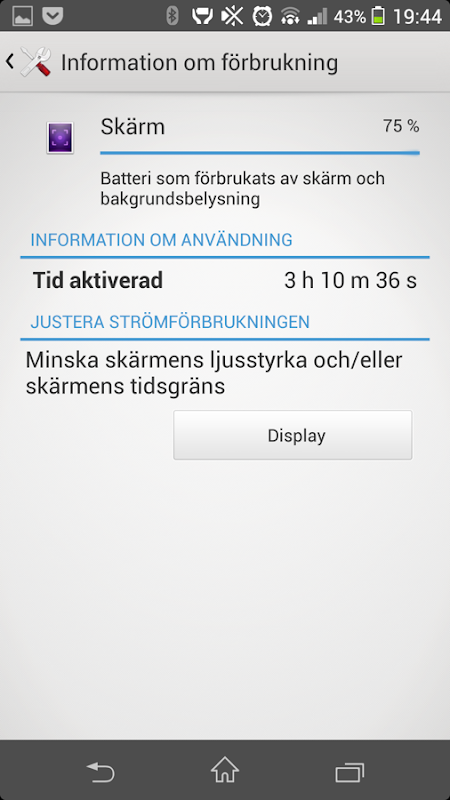 And the Xperia Z1 gets charged really fast too. It doesn’t take long to fully charge it. 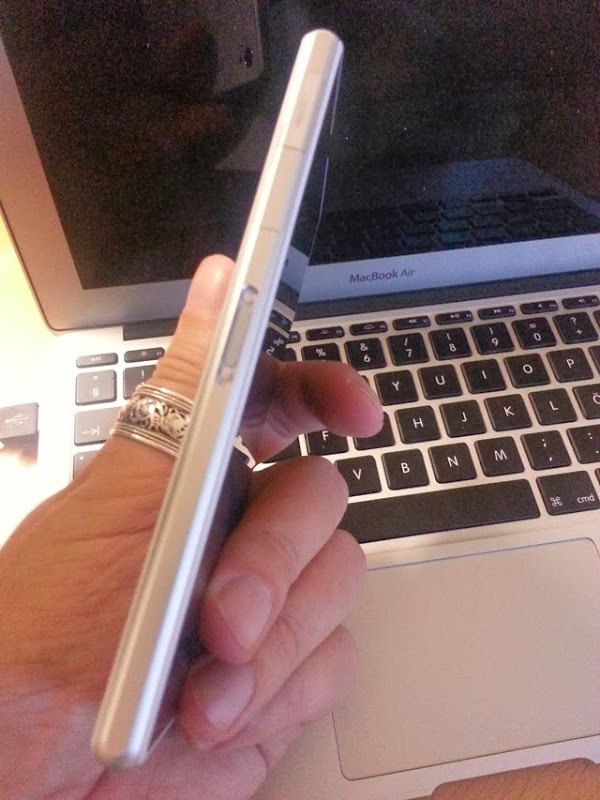 And text looks really sharp on the 1080p display, so it is a pleasure reading on this device.

The size of the screen feels quite perfect too. It’s the biggest I can have and still be able to use it with one hand easily. That means that I can type really fast, and that is important for me as a blogger. This complete blog post is written on my Xperia Z1 with the help of the Swype keyboard for example. 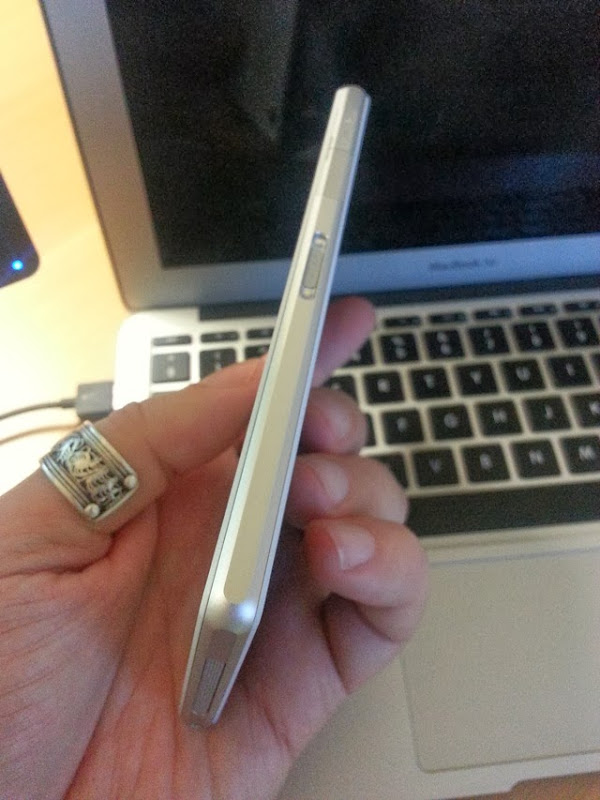 The camera then. It’s a really good camera that’s for sure. I haven’t taken so many stills yet so I can’t give you my final judgement just yet, but I can already see that it beats most of the phones on the market, if not all. With such a huge camera sensor that should not come as a surprise though.

I have problems with video recording though. Not with the video quality because it looks awesome, but the audio… The sound get distorted when recording my vlogs in my car, but it’s perfect when recording them in a quiet environment like at home for example.
Very strange, it’s like it can’t handle loud noises like all the car noise. Maybe it’s because the audio is simply recorded to loud? I am starting to think that it’s not a hardware problem, but a software problem. I actually had the same problem after installing CyanogenMod 10.1 on my Samsung Galaxy S3 4G. Then suddenly the sound were distorted. After updating to CyanogenMod 10.2 the sound got better again. So maybe it is because the Sony Xperia Z1 is running on Android 4.2.2, the same version CyanogenMod 10.1 is based on? Maybe the audio problem will be fixed when Sony releases the Android 4.3 update?

But I can’t wait so long… I want to do vlogs now..

Update: I think I’ve solved the audio problem now. Not on the recording itself though, but I fixed it in my video editing app of choice, Final Cut Pro X. I have uploaded a vlog with fixed sound so check it out on my YouTube channel. 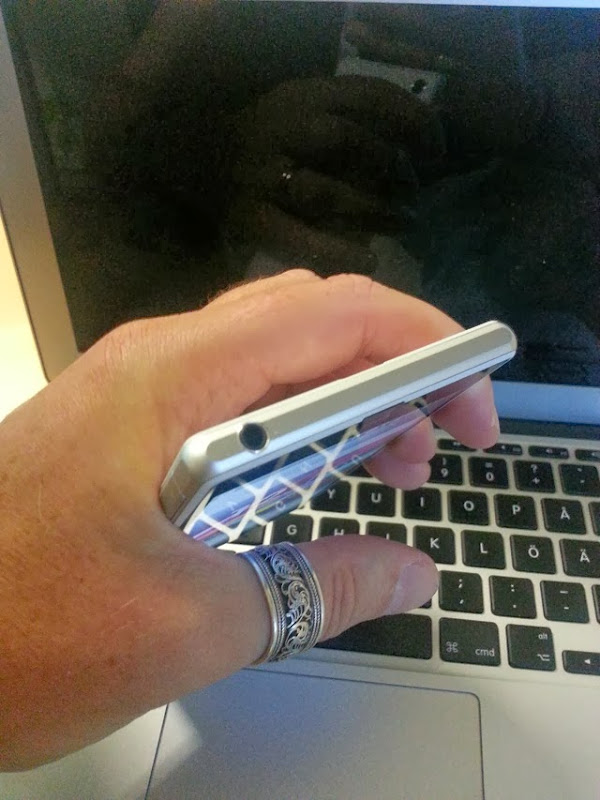 Another positive thing though was that Sony hasn’t added so much bloatware compared to Samsung for example, so I have quite much storage space left after all apps has been installed. Around 11GB of the 16GB it came with. And I can record my videos, transfer files and so on, to my 32GB microSD card if I want.

The docking station that was included in the package here in Sweden, works very good, very easy to set the phone on charging without having to use the protected micro USB port. I have problems with Sony’s “Smart connect” feature for the dock though. I want a clock to start every time I put it in the dock, and that works, but then the screen goes off after a minute, and when I then click on the power button to wake it up, I am at the lock screen and not the clock, so it’s a kinda pointless feature. Maybe I am doing it wrong, but I have even tried using the default ones that was pre made for it but it’s the same with these. It’s not a big deal though. I can use the Daydream feature instead. 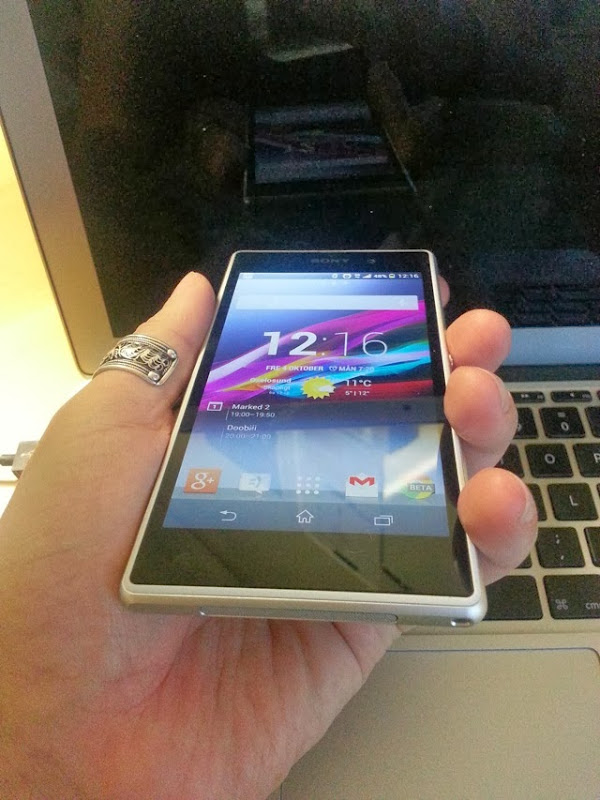 Sony’s “Throw” feature impresses me a lot though. It’s like Apple’s airplay but without an Apple TV. I’ve got quite surprised over how easy and fast it was. I found it when I had opened a photo and saw a small icon at the top I’ve never seen before. And immediately after tapping on that icon the photo opened on my Samsung HDTV! I was very amazed over how fast it was.
Works with all kinds of media, really fast and hassle free. Works with all tv’s with WiFi.

So all in all, I am very satisfied with the Sony Xperia Z1. A great choice.

Here is also a short vlog of my first impressions (with good sound!):