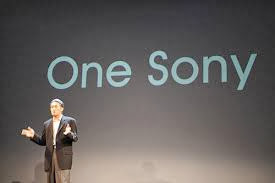 Sony has released some really great products lately, the Xperia Z Ultra, Xperia Tablet Z and its newest flagship, the Xperia Z1 that I personally bought last week. It’s the best phone I have ever had. And some rumors says that Sony will soon release the Xperia Z1 f, which is a Xperia Z1 mini with incredible specs. And there is also some rumors about next years Xperia Z2 already.

So it’s kinda obvious that Sony is aiming quite high in the mobile market. Sony Mobile’s head of sales and marketing, Dennis van Schie says that they aim for the third place. And that in sooner than 10 years of time. Sony is aiming to capture at least 20% of the market.

Sony has already managed to increase its mobile revenue by 36.2% in the financial quarter finishing in July. They also are hoping to improve its product’s availability and marketing in India, China and in the U.S. according to van Schie.

Personally I think Sony will succeed to be number three on the mobile market. They have the resources, and they make excellent devices. One of the winning elements for Sony, is their very light skinned UI, almost stock Android[1]. I think that is one of the reasons why they starts to be popular, and also because they support the developer community, ASOP[2] by releasing the software as open source.