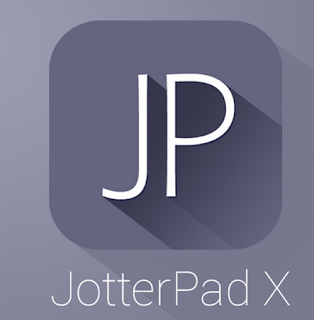 Update: I just want to let you know that I am back on Draft again, JotterPad X is too slow when using Dropbox… Incredibly slow, and it doesn’t save the last folder used either.. Very fast when saving locally to your phone though.. And it is still very beautiful.

You probably know by now, that I have a passion for writing in plain text, using Markdown[1] for formatting, and now I have found the most beautiful app I have ever used, and it’s for Android and are called JotterPad X. It’s a free app, but for activating the cool features, you need to do an in-app purchase. It costs 28 SEK, so it’s a quite expensive app compared to other apps on Android, but to me that is used to iOS app prices, that is a bargain.

The Markdown feature is still in beta though, so it doesn’t support MultiMarkDown yet, but hopefully the developers will add that. But it has support for all the simple formatting like Bold, Italic, Header and links, and to be honest, maybe that is enough for a mobile writing app? It’s not many times I use Footnotes for example, when I am writing on my mobile, but of course I would prefer to have all the Markdown features. 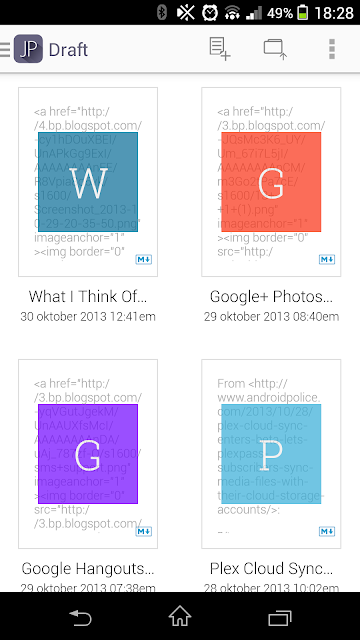 One of the most important features for me in mobile writing apps is full Dropbox support, when I bought the Lightpaper app, that was one of the most disappointing things, you couldn’t choose which folder to sync with. JotterPad X has full Dropbox integration, so with this app I can sync with all my text files I create on all my devices, especially my beloved nvALT on my Mac. 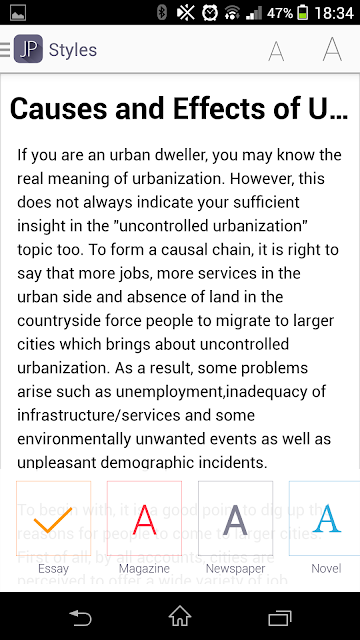 Here is some of the JotterPad X (Creative Version means in-app purchase):

Here is some screenshots: 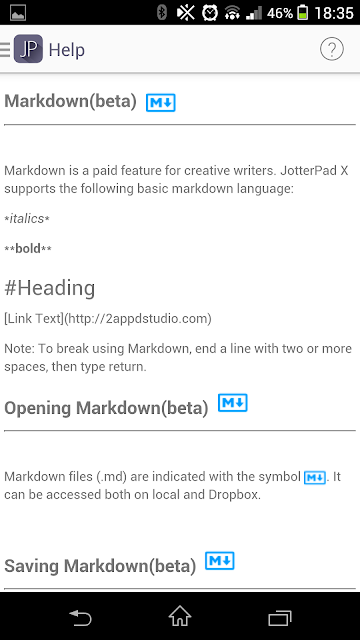 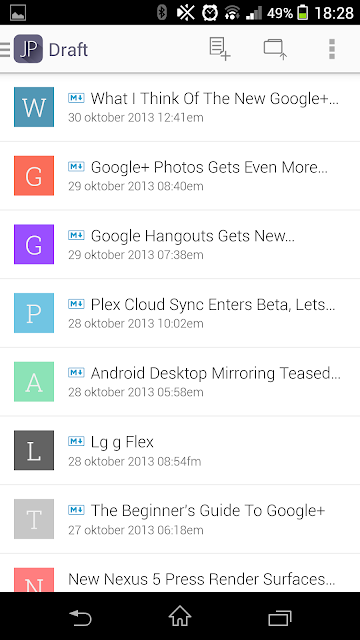 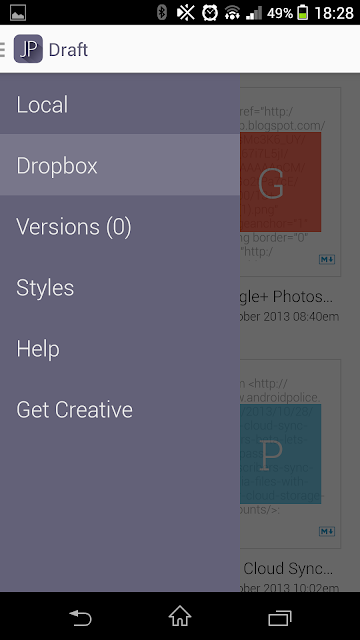 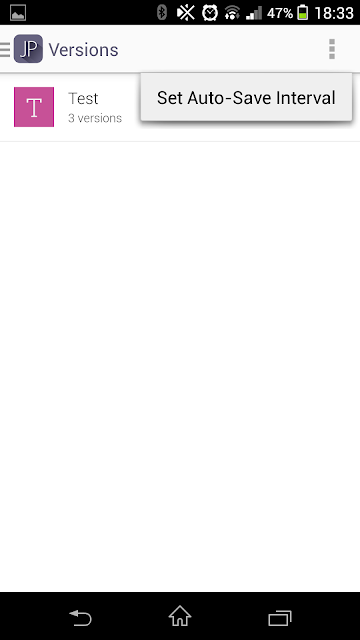 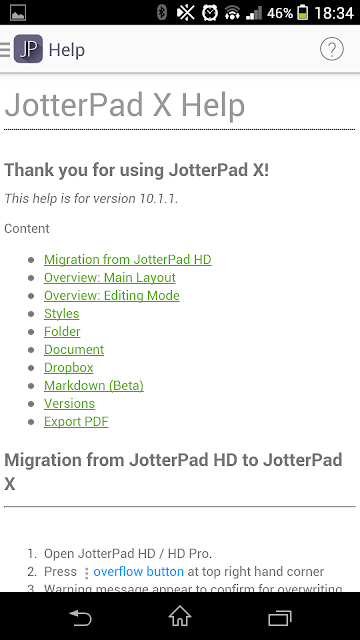 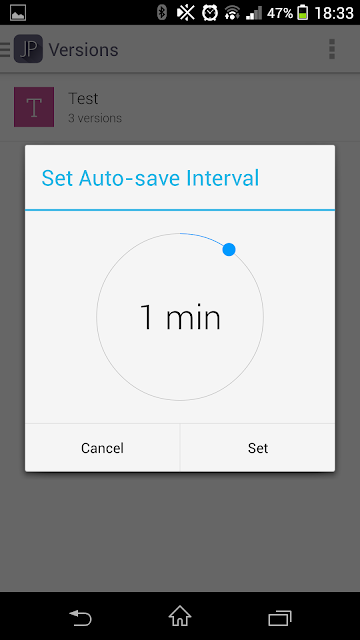