Will Apple release a 12-inch Retina MacBook with a completely new design that is thinner than the Air? - I hope so, it would be awesome! 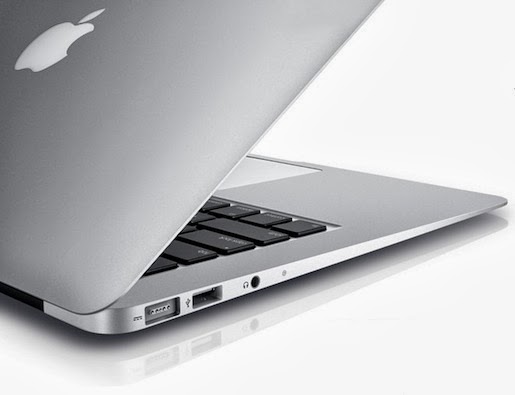 Anlyst Ming-Chi Kuo of KGI Securities, is usually quite reliable when it comes to “predictions” about Apple products. Now he sees a 12-inch MacBook with a new thinner and lighter design than the Air, including a Retina display. And to me that sounds very, very interesting. I think a screen size of 12-inch would easily fit into the same with and height as the 11-inch MacBook Air has now, so if they could manage to make it even thinner than the Air would be incredible.

I had my hopes for an ARM based MacBook though, that could run iOS apps, but they would not be called iOS apps anymore, it would be Apple OS when Apple merges OS X with iOS. At least that is my vision and not Kuo’s ;)

The major 2014 Apple product updates that Kuo highlights revolve around MacBooks, iMacs, and iPads. Earlier this week, another analyst forecasted major updates to Apple products in the display department, and Kuo seems to agree with some of these claims. Notably, Kuo believes Apple will introduce a 12-inch Retina laptop, a sharper full-sized iPad, and a more affordable iMac desktop computer.

Apparently will the new 12-inch MacBook have a Retina display and a new design, and “redefine laptop computing” again, just like the MacBook Air did, and it will have a new clamshell structure. Kuo also says that the new MacBook will still run on the Intel platform, and not have an ARM processor. It should launch in either Q2 or Q3 next year.