The Google Experience Launcher made my Sony Xperia Z1 have even better battery life! 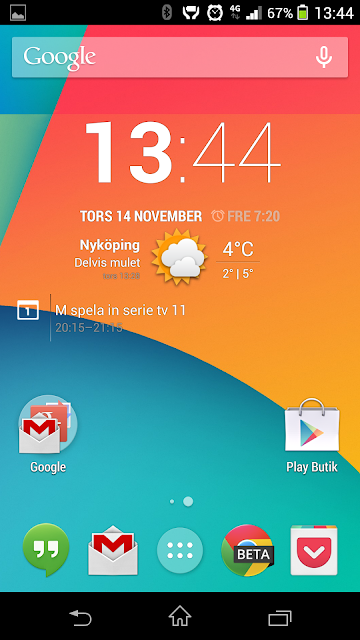 It’s the future of Android

I can only see advantages with the Google Experience Launcher, and I like the look of it too, the bigger icons and all. It’s perfect on my large screen. The App Launcher, the Dock, Search - everything is just better with it. The new app folders looks really cool too, and now when Google is making the same designed app folder for the Chrome App Launcher on desktop too, the future starts to be clear. The Google Experience Launcher is the future, I can feel it. 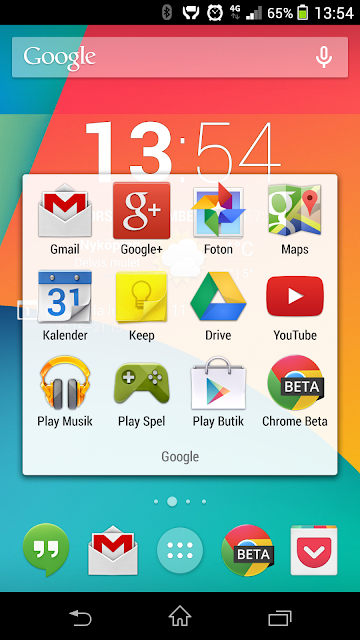 Google is doing the right thing with android at the moment, releasing more and more features and apps in the Play Store, it makes Android free again, after being more and more locked in by Samsung and some other manufacturers, that changes android too much. And what Google are doing are also good for the Android fragmentation. I really like how the future looks for Android, and the Google Experience.

I can highly recommend installing the Google Experience Launcher, and you can find links to download it here, but I am sure that Google will release it in Google Play Store very soon, because it is totally 100% bug free now, at least on my Sony Xperia Z1. Please note that you need to have the latest Google Search installed before it. Read more on how I did it and what I think here

Update: Here is two screenshots over how good the battery life is now. 11 hours and 34 minutes since the last charge, still 49% power left, and the screen on time is 2 hours and 38 minutes. I think that is great. 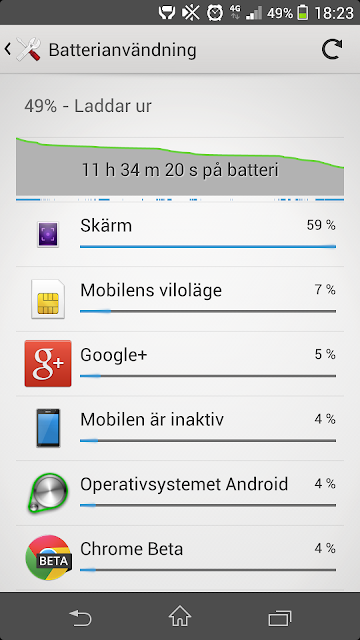 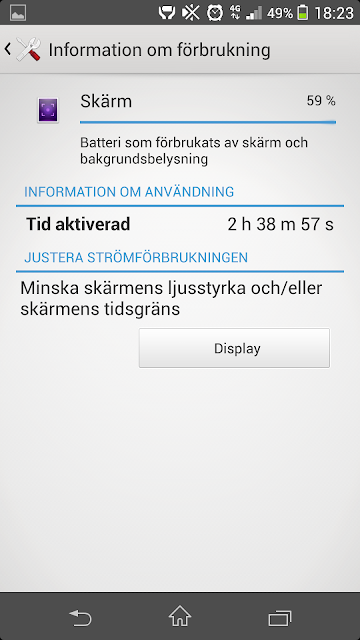