Android keyboards like SwiftKey and Swype makes it both fun and easy to write on phones. In fact, I sometimes prefer to write on my phone instead of on my computer.

As you may know, I blog from my phone. I do complete blog posts from it, with images, links, formatting and all. For that keyboards like Swype and SwiftKey makes it so much easier. And for me that doesn’t have English as my main language it’s great to have the auto corrections and predictions when writing in english. That makes it much easier for me to write in english.

And it’s quite handy to be able to write fast with just one hand too. That is impossible with a computer keyboard.

I have a hard time deciding which keyboard to use though because both are so good and also good at different things. Swype is better at swiping for example, and SwiftKey is better at predictions. So I always switch between them and use them in longer periods, one at a time. 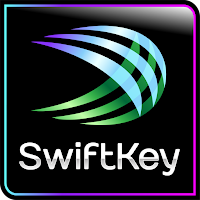 When I write I often write a paragraph or two when it shows up in my head, and keeps doing like that until I have a complete blog post. It can take days to finish some blog posts, and that’s not because it’s not possible to write fast, it’s because I don’t have time to write or not all ideas has show up in my head yet. I call it short time blogging. Of course I don’t publish the blog post until it’s finished, but it’s an effective way to be creative and that works great using a smartphone and these cool Android keyboards.

Another great thing for this method is to use apps that syncs the text files with all your devices and computers. Then you can work on the same posts from all places and devices.

These kind of keyboards is something iOS desperately needs, and the problem is not the developers, it’s Apple that is so stubborn and not letting the users choose a default keyboard app! It’s nothing more than stupidness, that’s what it is.