An image of the Huawei MediaPad X1 Android tablet has leaked out. It's a 7-inch tablet with quite a great price at just around $200 for the cheapest version. We will see it officially at Mobile World Congress next week. 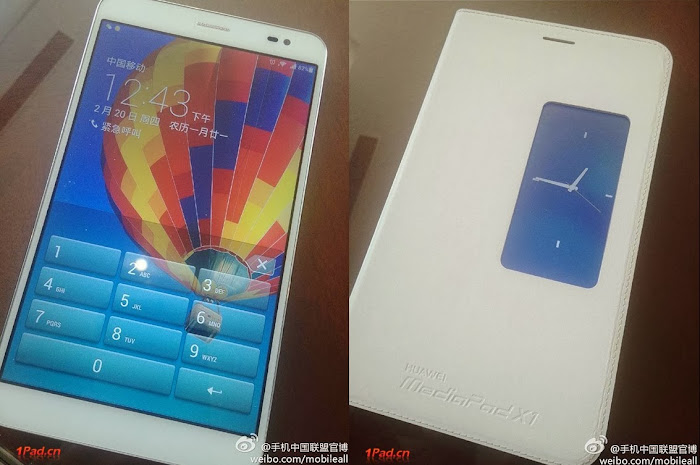 Huawei MediaPad X1 and Ascend G6 leaked ahead of MWC

the MediaPad X1 is a little more of a high-end affair, with a 7 inch 1920×1200 resolution display, 1.6GHz quad-core HiSillicon 910 processor, 2GB of RAM, and a very respectable 6,000 mAh battery. The tablet will also feature a 5 megapixel rear camera, will come in 16GB and 32GB internal memory variations, and will support even more storage space via a MicroSD slot. The tablet is also expected to arrive in an LTE variant too. Finally, the Huawei MediaPad X1 should be about as thin as the Ascend G6 smartphone and could be very reasonably priced at just $200 for the cheapest model.