Here is a Nexus 6 concept courtesy of Aleksandar Tesic, and it should look like HTC has made it. It looks like it has a display around a 5.5-inch with almost no bezels. It should also be powered by Qualcomm Snapdragon 805 processor that will be available when it's time for a new Nexus phone. At the front you can also see some dual front facing BoomSound stereo speakers. Previous rumours have suggested that the Nexus 6 is expected to arrive in June.

Personally I think the Nexus 6 will be based on the LG G3. 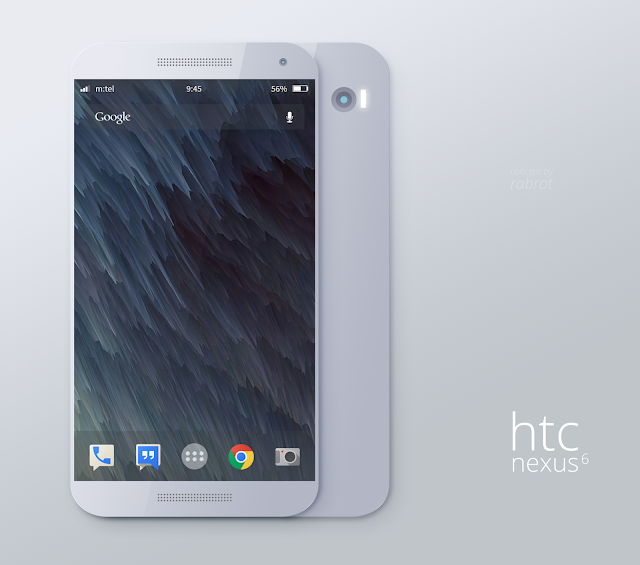