A forum poster with a reputable history on WeiPhone claims to have information about an upcoming MacBook/Air refresh. According to this source, the new model will sport a 12-inch design close to the current 11.6-inch model, but will feature significant internal differences.

The updated Macbook will reportedly not have a fan, will feature a Retina display, and redesigned trackpad. This new trackpad will ditch the mechanical button that has been in the multi-touch trackpads since they first debuted. Instead, the new Air will use only tap gestures for clicking but may feature some tactile feedback to simulate a click.

And a 12-inch Retina display in the same small size would be awesome! And maybe even in a smaller and lighter design! The thing with the trackpad I don't get though. I never click on my trackpad because in the settings you can change to use touch instead of clicking. I've done that for many years and it works great. Edit: Presumably to allow the laptop to be made even thinner.

This new MacBook Air sounds very interesting, before the iPad Air, I had my 11-inch MacBook Air with me everywhere, and said it's the best device ever made. But now I have been using the iPad Air instead of a computer for three months soon, and it's awesome. No need for a computer for me anymore. But of course I will be tempted to buy this when it comes out :)

Update: The new thinner MacBook Air is also reportedly said to be released in the second half of this year. Personally I think that sounds like WWDC in June. 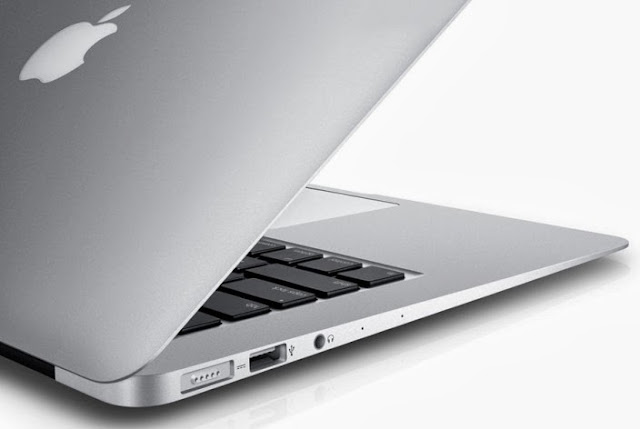