So you finally made it to your upgrade, or maybe your phone was lost or stolen... Either way, you need something new, and you're looking to keep up with the mobile times. 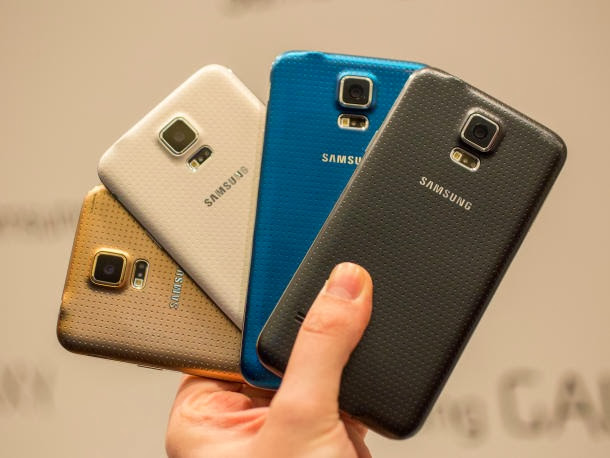 You're in luck! Samsung has recently unveiled its Galaxy S5, and it's viewed well so far in the eyes of the industry. It will be available on all major carriers April 11, 2014.

The Galaxy S5 epitomizes the cutting edge in mobile technology. Specifically, the following features are setting the flagship apart:

The Galaxy S5 has successfully incorporated Near-Field Communication (NFC) for additional forms of mobile payments and data transmission. The NFC capabilities alone indicate an edge for the Galaxy S5 in upcoming application development for payment, data communication, and mobile gaming.

According to NFC World, Weve has partnered with MasterCard to provide the option of NFC payment in the UK. It follows that dialogue with bankers is also in effect. This development pounds financial competition in the software world based on its efficiency and cost-effective implementation.

And for the gamers, casual or hardcore: think back to the Link Cable for GameBoys and then imagine its function as wireless. Now we're looking at trading information and networking for gamers in an entirely new way with the option for developers to re-focus on socialization as opposed to the popular online community.

A feature of the Galaxy S5 causing quite a buzz among carriers and bloggers alike is the integrated S Health Partner. The smartphone includes the first ever built-in heart rate sensor, just below the camera lens on the rear side.

By monitoring the user's heart rate and combining the information provided by the sensor with software included on the phone, users may track workout information and use it to modify their diets, of which the phone also keeps track.

Incorporating the use of wearables like the Gear Fit, Gear 2, and Gear Neo smartwatch technologies is an extension of the functionality of the heart rate sensor and health partner software.

The health assistant is not a foreign feature to the Galaxy line, but this time its functionality has gotten nods from major news providers, blogs, retailers, and carriers including USA Today and Verizon Wireless.

A fingerprint sensor is available for the Galaxy S5 and provides a functionality all its own. For instance, in accordance with PayPal, the fingerprint sensor may be used for payment. Combined with the NFC capabilities, this is a very attractive feature.

The fingerprint sensor is compatible with up to eight fingerprints. Should children nab it (as they so often do), it may be set to an Easy Mode, displaying only kid-friendly apps and content selected by the owner.

The technology developed by Samsung for its fingerprint sensor is available to third-party developers, which will indefinitely revolutionize common technologies outside the smartphone market. Written by Kevin Gannon.
Tuesday, March 04, 2014
galaxy s5 samsung