OnePlus has been constantly dishing out teasers for its upcoming One smartphone since December, but little is known about its UI until we received these two screenshots today, courtesy of a reliable tipster. First of all, this Android KitKat-based OS is dubbed “CyanogenMod 11S,” and given how the lock screen on the left looks nothing like the one in the original CyanogenMod, we assume the “S” indicates that this flavor carries OnePlus' customizations.

The OnePlus One phone from the new company OnePlus is to me one of the most interesting phones that is coming. And these leaked screenshots shows that even the CyanogenMod version they will be using as UI above Android KitKat, is incredibly beautiful. Very clean looking, and you all know how much I love CyanogenMod :)

I think it's a brilliant idea to be using CyanogenMod instead of some bloated UI as most manufacturers using. That way will probably have faster updates on the OnePlus One. 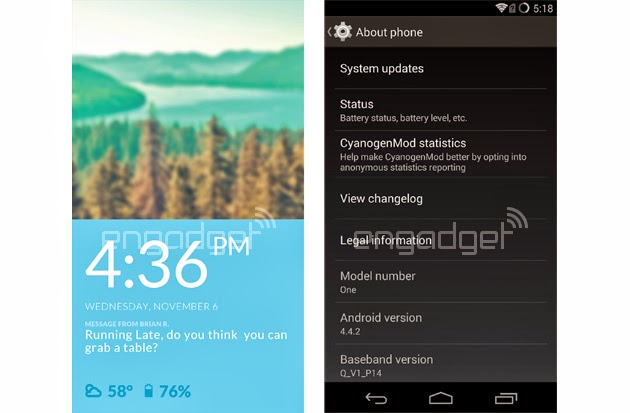