Twitter can't help itself. If it's not new pictures, tweet views and video previews, then it could be an epoch-defining change to what the social network called one of its core features: retweets.

Twitter for sure is changing at the moment. Now some users sees that they are experimenting with replacing Retweets with “Share” instead. Probably to be even more like Google+ and Facebook. I can't see why Twitter want to change something that has been there from the beginning and what they have become famous for. Retweet is what it's called for Twitter users. I can understand that new users coming from Facebook (or Google+) can be confused at start, because they are used to “Share”, but I think the apps has built in the retweet feature is such user friendly way so it's hard to misunderstand as is. 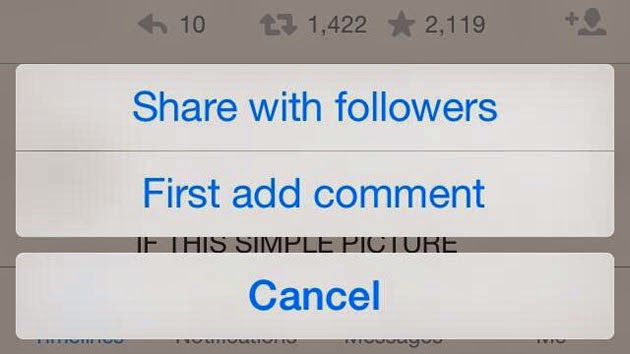