You can now add four photos to a single tweet and for the first time, you can tag up to 10 friends in a Twitter photo, without taking away from your 140-character count.

The photos you add will appear as a four-part collage in your timeline.

Twitter Is adding more and more features from both Google+ and Facebook. This new photo sharing feature is pretty cool though, but it only works from the iPhone for now. They will add Twitter.com and Android support later.

Edit: by the way, I really hope that Twitter releases an API for this new photo sharing feature, so that apps like Twitterrific (my favorite) and Tweetbot can support it. 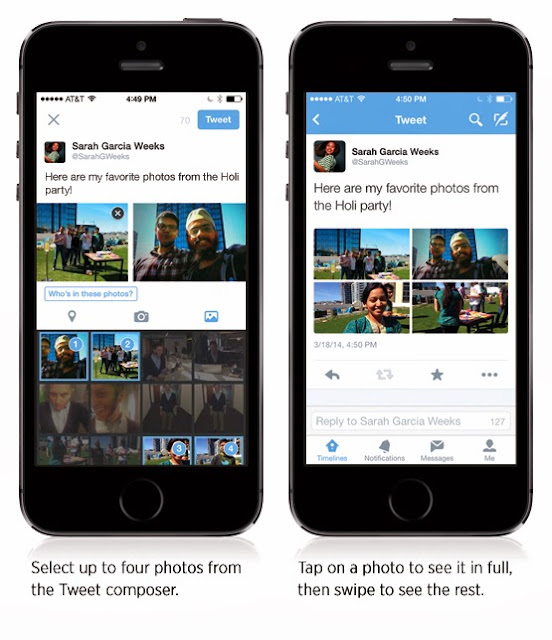