Next will be even thinner & lighter: Alleged iPad Air 2 Front Panel with Integrated Display Shown in New Photos

Following the leak of an alleged iPhone 6 front panel earlier this week, the iPad is now getting its turn with a pair of photos showing what is said to be a front panel for the next-generation iPad Air, shared by Dutch site One More Thing [Google Translate]. Notably, the part appears to include an integrated display in contrast to the separate panel and display parts used on the current model. A move to an integrated front panel/display would reduce overall thickness, potentially allowing Apple to further slim down the iPad Air or make room for other components such as a slightly larger battery.

The battery is already so incredibly good in the iPad Air, so hopefully this will just mean that it will be even thinner and lighter. I would love that. Not that I think the iPad Air is too heavy though. It's a huge difference between the Air and the old iPads when it comes to weight. I would not use an old iPad as my default environment as I do with the iPad Air. They are too heavy and clunky. 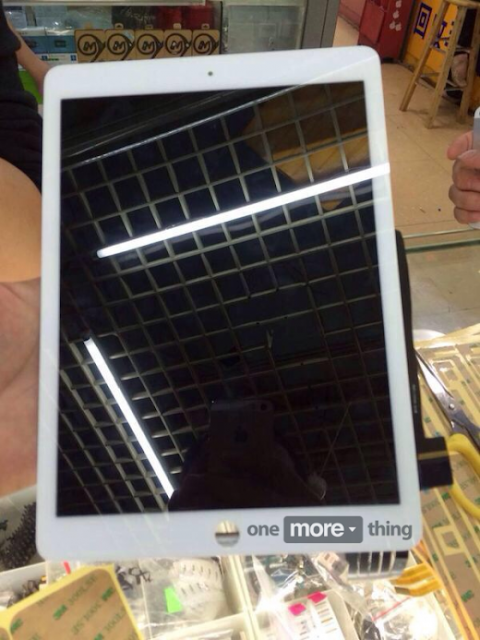 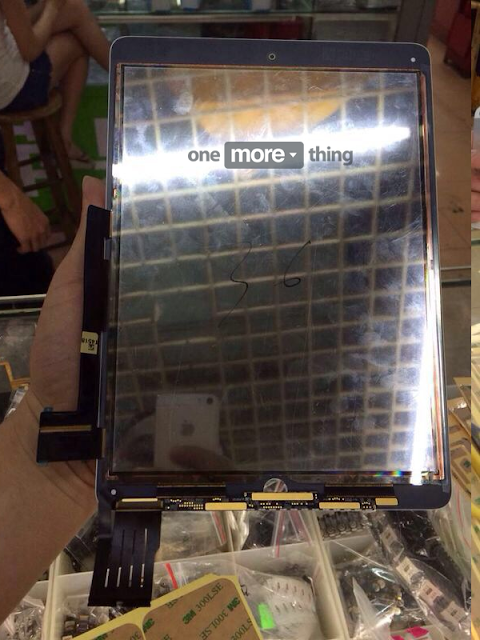