The best computer you can buy is now even better: Apple's MacBook Air is now faster and $100 cheaper

Apple has refreshed its MacBook Air lineup today, and the laptops now include Intel's latest Haswell processors. The entry-level model is now slightly faster with a 1.4GHz Core i5 chip instead of the 1.3GHz processor that was shipping yesterday. Those small speed bumps extend to the faster, build-to-order configurations as well. Alongside the processor change, Apple has also dropped the prices on all of its MacBook Airs by $100 each. The base 11-inch model now starts at $899 as a result, with the 13-inch starting at $999.

So Apple has done a slight update of the best computer you can buy: the MacBook Air. And not only that, they have also dropped the price with $100. So now it's even cheap. Trust me, you get pure quality buying one of these. Worth every penny.

I think this small update of the MacBook Air is also to make room for a new product line that I think will be presented on WWDC in June, namely a new 12-inch MacBook that is even slimmer than the 11-inch version and with a Retina display, and maybe, just maybe, can run iPad Apps. 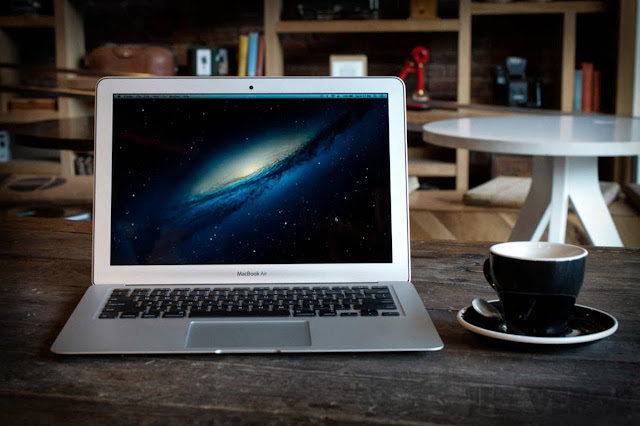