Apple stock rises above the roof thanks to iPhone 6 rumors

People are slowly realizing that Apple's new iPhone 6, expected in the fall, is going to be so much more massive than iPhone 5, iPhone 5S, and iPhone 5C were — and it's showing in the stock. Apple stock is nearly at $640 this morning. It started the year at $553 and hit a humbling low of $499 in January 2013 when people began to suggest that maybe Apple was losing its mojo. Since then, it has become clear that iPhone 6, with its rumored bigger screen, is likely to drive a massive number of phone upgrades. 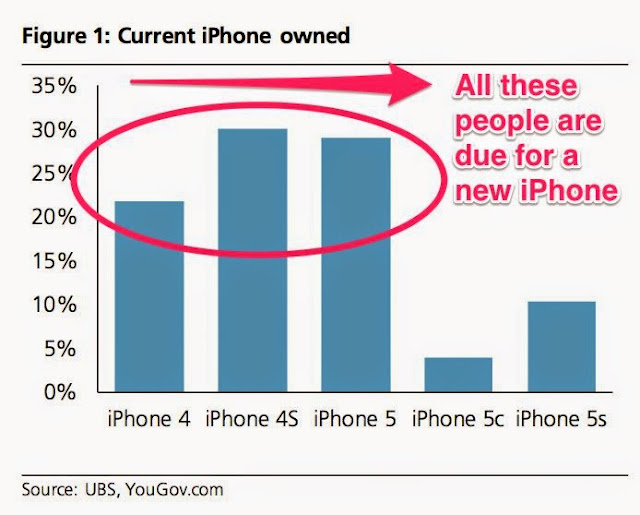