Chang Dong-hoon, who headed Samsung's mobile design team, is being replaced by vice president of mobile design Lee Min-Hyuk, according to Reuters. He will however reportedly continue to lead Samsung's design center, which oversees the company's overall design strategy. While the Korean company has declined to comment on the change, some are attributing it to tepid responses to the Galaxy S5's design. In our own review, David Pierce described the phone as still cheap and creaky. “I wondered if HTC's gorgeous, metallic One would inspire or challenge Samsung to leave behind its cheap, plasticky ways and build a smartphone as beautiful as it is feature-rich,” he said. “The Galaxy S5 is not that phone.”

Finally. Samsungs mobile device design is terrible so this is definitely needed. Not that I think it will be better now though, but you can at least hope… I don't mean that plastic will always be bad though, I mean, Moto X, iPhone 5c and even the LG G2 has very good plastic design that feels good to hold in your hand. But Samsungs plastic just feel cheap. 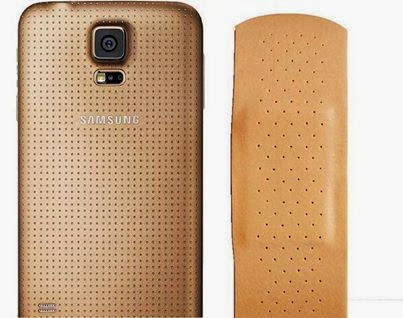