The photos are shoot mainly to understand the thickness between the two models. They fully confirms the fact that the new iPhone will be thinner and the profile of the coming iPhone will be very similar to that of an iPod touch with rounded edges and rounded corners. These images do not say anything about the quality of assembly, choice of materials, colors, technical specifications and the level of the display.

Yesterday I posted some photos of a iPhone 6 / iPhone Air dummy prototype in a size comparison with the Samsung Galaxy S5.

Now it's time to compare it with an iPhone 5S.

In these photos you can clearly see that the iPhone 6 will be wider and taller to have a larger display. But at the same time thinner. You can also see that Apple has removed the power button from the top of the phone to the side instead, to make it easier to handle with one hand. Something that HTC failed to do with the latest HTC One (M8).

You can also clearly see that it's just a dummy prototype with a very bad build quality, even the antenna lines is obviously just painted on the device.

Personally I'm not sure that this really is an iPhone. It could actually just be the next iPod Touch, the iPod Touch 6. 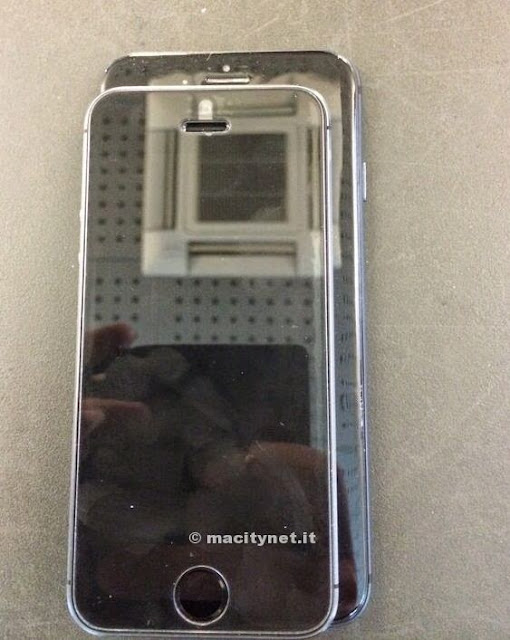 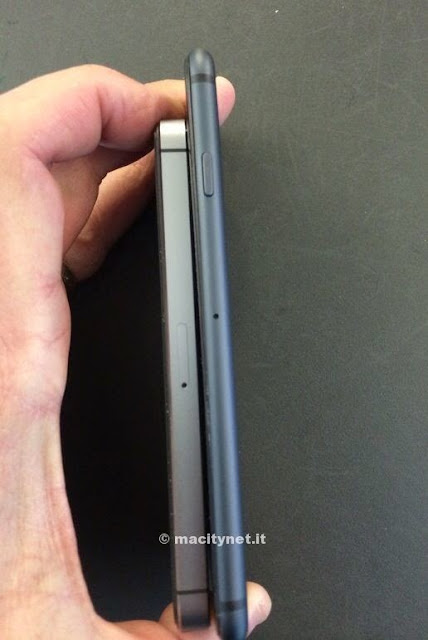 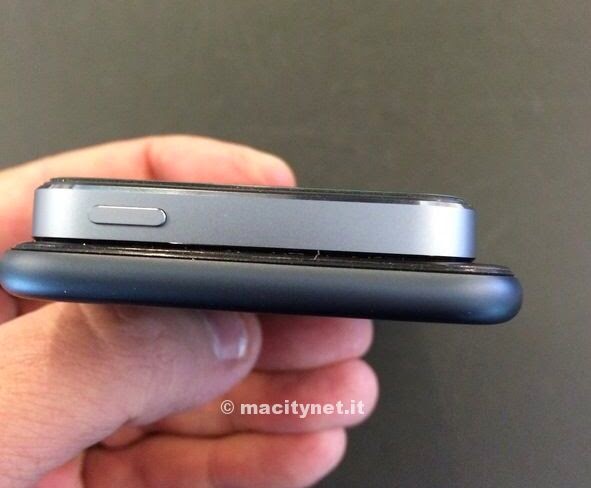 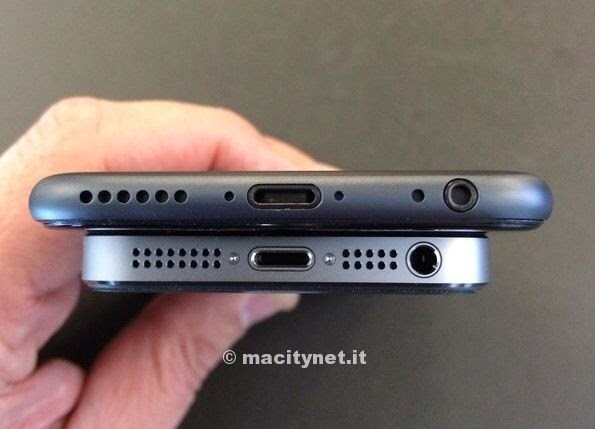 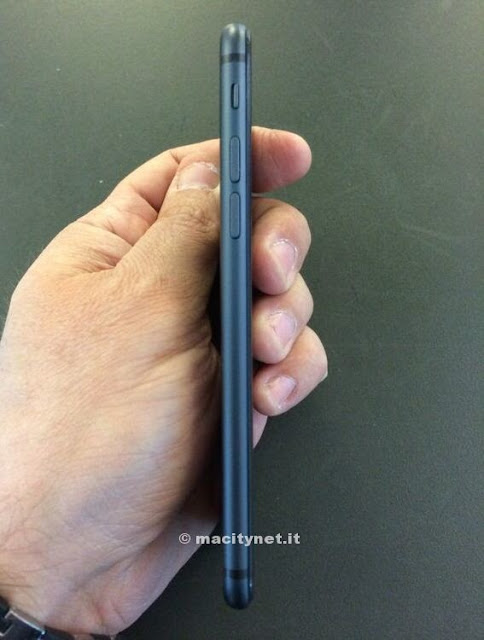