We have just received from our contact in China a photo of what seems to be the back of an iPhone 6.

Initial speculation predicted Apple would include an illumination module instead of the usual polished logo, but the company ultimately embedded a shiny piece of metal that is thought to serve as a radio-transparent window. The iPad Air also incorporates the design feature.

This is more proof that the iPhone 6 will be designed as the iPad Air and iPad Mini. It's obvious that the cutout is for the same Apple logo that the iPads has on the back. Probably for radio signals to come through in an otherwise all metal design.

I think this photo is more interesting than any of the dummy prototypes that has been “leaked” until now. The color is strange though. Maybe it's the iPhone 6c? Or is it just some kind of green plastic protection on the back part? 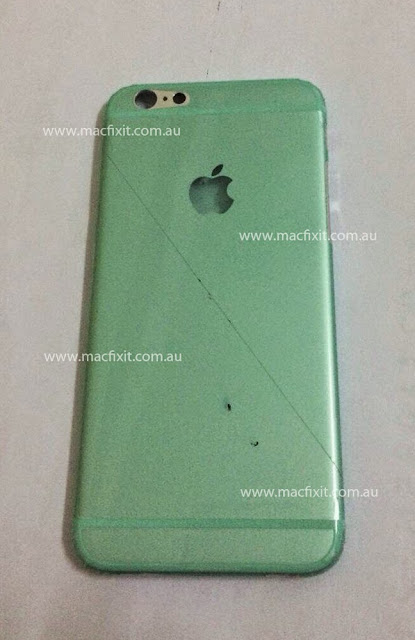