There will be choices: iPhone 6 ‘phablet’ will enter the fastest-growing smartphone category

“Smart phones with 5’ and larger screens grew 369% – a substantially greater rate of growth than the overall market. Worldwide, they represented just over a third of shipments (34%), and in Greater China the figure hit 39%, and 43% in Asia Pacific. Consumers now expect high-end devices to have large displays, and Apple’s absence in this market will clearly not last long. It is notable that 5’ and above displays featured on almost half (47%) of smart phones with an unlocked retail price of US$500 or more. Of the remaining 53% of high-end smart phones, 87% were iPhones.”

I can understand that the phablet category grows and grows. It's a perfect device for those that just wants one device instead of two. I've been there too. And I think that Apple has realized that the iPhone is there most sold mobile device, and to keep it that way, they need to satisfy those that just want one device, and not both a phone and the iPad like me. People don't upgrade their iPads to the latest version as often as they do with their phone. So releasing a 5.5-inch iPhone will make the iPhone sell even better in total.

According to new research undertaken by Canalys, around 34% of smartphones shipped worldwide have screens measuring upwards of five inches diagnoally. The rise in popularity of the so-called “phablet” (describing a smartphone with a screen between 5.0 and 6.9 inches) bodes very well for Apple, ahead of its eagerly anticipated 5.5-inch iPhone 6, which we fully expect to see arrive this September. 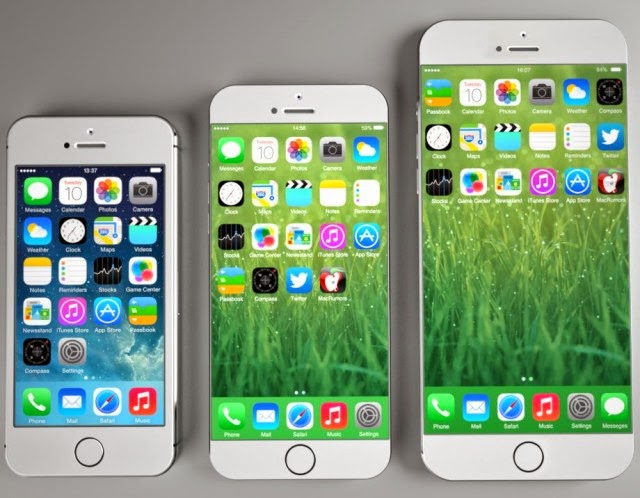