A photo with the coming iPad mini 3, iPad Air 2 and iPhone 6

Apple.club.tw shares an image of what appears to be models of the next generation iPhone, iPad Mini, and iPad Air. The new image doesn't reveal any more details except the depiction of Touch ID on the new iPad mini. This year's iPads have been widely expected to gain Touch ID capabilities.

Yeah the photo doesn't say much, and in fact, to me the iPad mini looks too big to be the real one, but maybe that's just me? And of course will this years iPads have TouchID. It's about time because it works perfectly on the iPhone 5s now. Hopefully will the new iPads have more RAM too, it's definitely needed. I use my iPad Air as a computer and do all my work on it and it very often reloads what I'm working on. Highly annoying. So Apple, more RAM please? 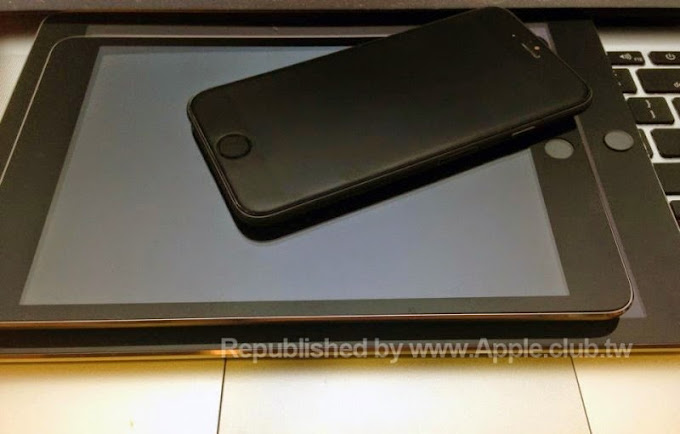