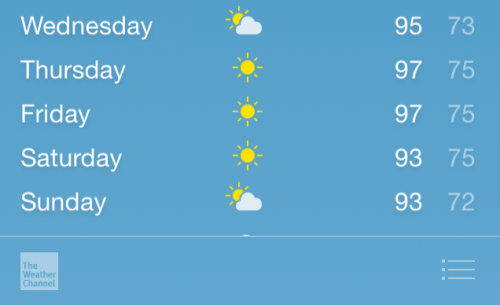 Why Apple dumped Yahoo for The Weather Channel to power weather data in iOS 8:

Apple announced several new flagship features in iOS 8 at its WWDC keynote a few weeks ago, but one of the quiet changes uncovered was that Yahoo has been replaced by The Weather Channel for weather data. The move came as a bit of a surprise, given that Yahoo has been aggressively pushing to have more of its services integrated across the iPhone software platform.

I'm quite surprised by this. Personally I had started to believe that Apple would buy Yahoo so that they got their own Search, social network (Tumblr), blog service (Tumblr) and photo sharing service (Flickr). But I don't believe that anymore after this move. No Yahoo weather anymore, and uses Bing as default search in Spotlight and Siri is more than enough to come to that conclusion.