Apple has once again reinvented what an app is - true innovation 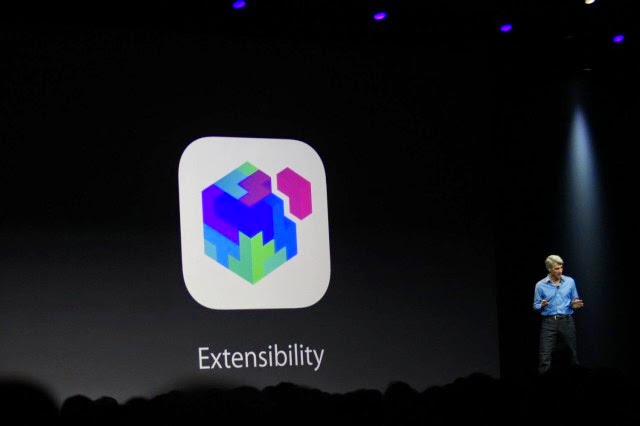 How iOS 8 is going to reinvent what it means to be an app | Cult of Mac:

Android fans have touted the platform’s openness for years, but Apple has jumped ahead of the curve with Extensibility in iOS 8. “Apple’s implementation of inter-app communication doesn’t just match Android’s — it surpasses it,” according to our sister site Cult of Android. “Users can not only share to other installed apps, but they can borrow useful actions and features from them, too.”

With iOS 8, Apple has made sure that its mobile devices will continue to lead the post-PC revolution. Apps are going to start growing up, and that’s a very good thing for the future of iOS.

As I've been trying to tell all the Android fans, this is not the same as the Android share menu, this is something much, much bigger and better. Apps can borrow features from each other, so that the user can use them seamlessly in the app. It's a huge difference. This changes everything and Apple has actually taken a huge climb ahead of the competition with this. It will make all the really great and professional Apps in the Appstore, even greater. And the best thing: still with very high security.