Samsung looks to be following the same strategy of diversification it used successfully in the smartphone business, by releasing devices with multiple operating systems. Its Tizen-powered Gear line has not been a genuine success so far, but the company may have better luck with Android Wear, which features closer integration with Android smartphones and tablets.

Upon first glance there’s really nothing to shout about, but upon closer look, you will realize that the icons in the status bar along with its font appears to be slightly different.

Wow, a new status bar…. Sigh how exciting, and it looks more like the one on iOS now too.

Mozilla’s Firefox OS based Chromecast competitor leaks out in a video:

Mozilla is now set to battle it out against Google’s $35 HDMI streamer with its own Firefox OS powered device that will work in a way similar to its competitor.

The unnamed device will allow users to beam content from their mobile devices, PC or Firefox browser to their TV.

Hopefully it will be better than Googles Chromecast on mobile devices. I mean, the Chromecast can't even do full mirroring or cast documents and files…

According to the latest reports coming from the Chinese media (citing “Apple insiders”), iWatch’s development has already been completed (meaning design, technical specs, features, etc). However, the gadget is being held back (aka is not being manufactured yet) because it needs to be certified by the U.S. Food and Drug Administration (FDA).

Much like the previous rumors have suggested, this new reports suggests that the iWatch will include a wide range of biometric sensors on-board, including heart rate, blood pressure and blood glucose sensors.

A lot of health sensors. I really hope that the iWatch isn't just a very advanced fitness and health wristband and not a smart watch… 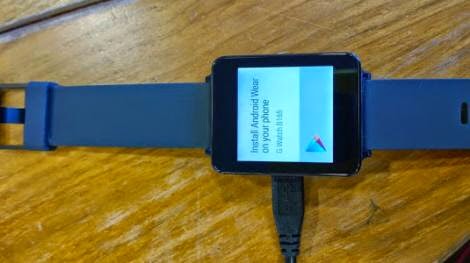 It's getting mighty close to the LG G Watch's expected official reveal at Google IO 2014. Just in case you haven't peeked at the new smartwatch enough, a new image has leaked, potentially confirming some of its rumored specs.

Still looks too much as the Sony Smartwatch 2 to me. It will run on Android Wear and use micro USB for charging. That's it. Not so much surprises there.