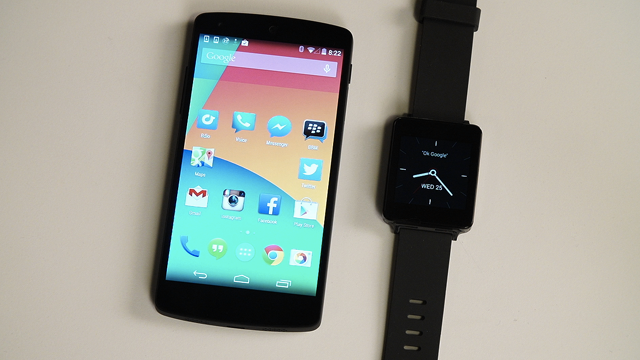 By Google’s own count, 13.6% of Android phones are running the latest public build of the OS, Android 4.4.

And that’s not 13.6% of all Android phones ever sold, mind you. They’re not counting that old G1 you’ve got sitting in a shoebox somewhere. That’s 13.6% of active Android phones, as counted on June 4th, 2014.

That's quite bad. I can understand that it requires a newer version of Android, but the problem lays in the fragmentation of the OS. Android has always been very fragmented and probably always will be. That's one of the biggest drawbacks with Android.

So not many Android users can use the new cool Android Wear powered smartwatches. And that's bad. It will mean that it will be very hard for the Android Wear smartwatch manufacturers to make a successful product release.