Soccer Stars- "Recipe for success" or One time fluke? 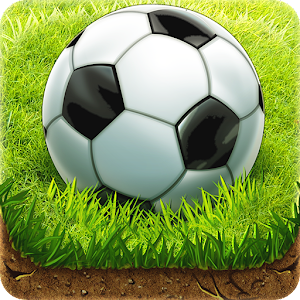 Miniclip was once the website that all kids went to play games such as Club Penguin and then it was left behind in the mobile and the tablet era. Then it launched the popular game "8 ball pool" and we instantly knew that Miniclip had adopted a new strategy. So was 8 ball pool a recipe for success or just a one time fluke? Let's see by reviewing Miniclip's latest game "Soccer Stars".

So what is Soccer stars? It is a turn by turn based online multiplayer, where you have different "pucks" on the pitch that are your players and it is the idea of one touch football. You enter in each match for a fixed amount of "gold", and you earn the opponents goal if you win. If you lose then the opponent earns your gold. There are different "countries" that have different levels of gold bets that you can place.

Aside from 1 v 1 matches, you can  play multiplayer as well with the addition of tournaments where you enter for a fixed amount of gold as your prize if you win.

Pros
-Smooth and intuitive controls
-Ability to customize your pucks

Cons:
- Sometimes you play people that are too much better than your ability (i.e. based on the level ranking system).

So what do I think of the game? Personally I find it to be a fun game to play. There is no iOS version out (yet), but you can pick up the Android version by clicking here.
Monday, June 30, 2014
android football game ios