The Google I/O 2014 keynote was one of the most boring I've seen in years. I mean, yeah the Google Chromecast can finally do a full screen mirroring that I have demanded. That's cool but Apple TV has done that for years. 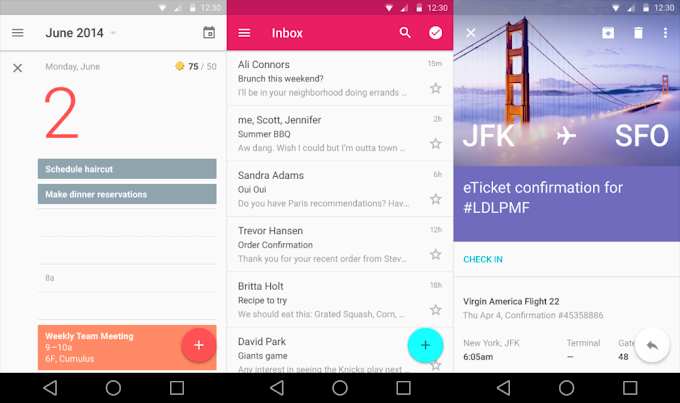 And the new Android design language they presented was quite ugly really. And they did jokes about the pastel colors when Apple presented iOS 7… Yeah right, this is much worse.

Another cool thing that they tries to do the same as Apple is doing with the continuity and handoff feature in iOS 8, is Android Apps that is running on Chromebooks.. Looks cool and all but how useful will it be without a touch capable chromebook? And how successful will it be? I mean what do the developers need to do to have it working? Will they care? And the Android wear then… Why would I want to have a watch that can do the things my smartphone already does? It doesn't make sense. And who use a watch nowadays? It should not focus on time if you do a wearable device. It should be something else.

Most of all the other stuff they presented was just a big yawn. Very boring. And why no Google+ presentation? That worries me a lot.