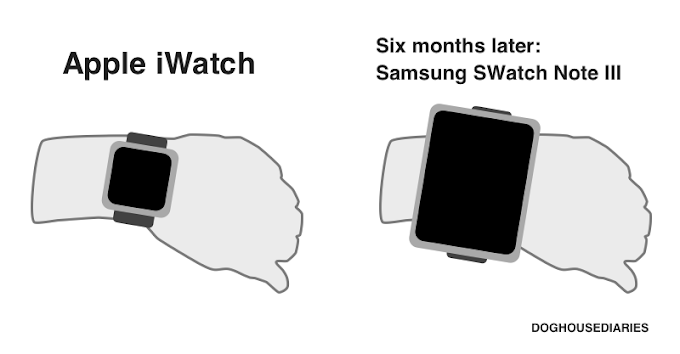 Noted analyst Ming-Chi Kuo, who has provided relatively accurate information on future Apple product plans in the past (but frequent misses on timing), has issued a new report today indicating that the Apple smart watch will enter mass-production in November. Kuo’s previous estimate on production for the “iWatch” indicated that the device would enter mass-production rounds in September.

When Apple hired the Tag Heuer executive, I thought it was a bit strange to do so as late if they want to release it together with the iPhone in September/October. So it's more likely that the iWatch won't be available until late this year at the earliest. If this analyst is right that is.

Personally I think it would be ideal to release the rumored iWatch at the same time as the larger 5.5-inch iPhone Air. Why? Because it would be easier to marketing such a huge phone by saying that you don't need to take it out as much because you can use the iWatch instead, while the phone is still in your pocket or bag.

It would be cool to see Apple demo all the new cool iOS 8 features like Continuity and HandOff with the combination iWatch / 5.5-inch iPhone Air on the keynote in September. But maybe that won't happen then.