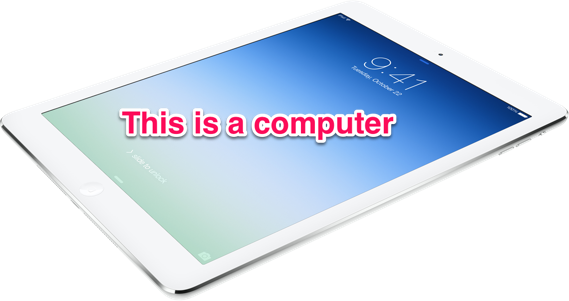 If they had included iPads and other tablets in their PC figures, they would be forced to recognize Apple as being the largest computer maker by a wide margin. Despite much media handwringing about Apple's year-over-year decrease in iPad sales, the company still sold 13.3 million iPads globally in the quarter, more than Samsung, Lenovo and Asus (the next three largest vendors, according to IDC) combined.

If they count low-end notebooks and even chromebooks that is only good for web browsing as PC's, then they definitely should count the really powerful iPad as a “PC” too. To me the iPad Air has replaced the old traditional computers already.

So yeah, Apple is the largest computer maker by a wide margin.