Here is a video (vlog) about that I think the Apple and IBM deal is the next step into the Post-PC era. It signals the end of the desktop computer to me. 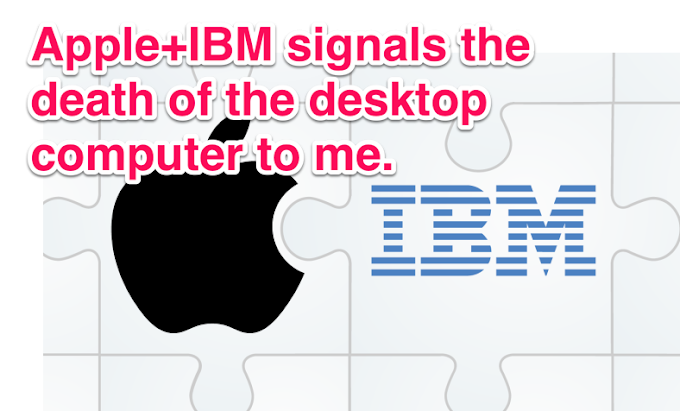 “It takes the best of Apple and the best of IBM and puts those together,” said Cook, explaining why Apple chose IBM as a partner. “There’s no overlap. There’s no competition. They’re totally complimentary.”