Google has announced in a blog post that Google Maps app for iOS will get a new look. The new version will have a blue interface with drop shadows, redesigned buttons and more. The new look is based on Google's new Material Design. The updated app rolls out “over the next few days”.

Personally I'm not sure I like that Google adding Androids material design on their iOS Apps. I would like that they followed Apples guidelines when designing apps for iOS instead.

Bold colors and textures are in—and Google Maps is on trend, with a slick new style to make traveling with Maps even easier. Over the next few days, when you open up Google Maps on your Android or iPhone, you’ll be greeted by bright colors and a fresh new design. This new look is all about creating surfaces and shadows that echo the real world; with Google Maps’ new material feel, layers and buttons come to life so you know just where to touch to get directions, recommendations and imagery. 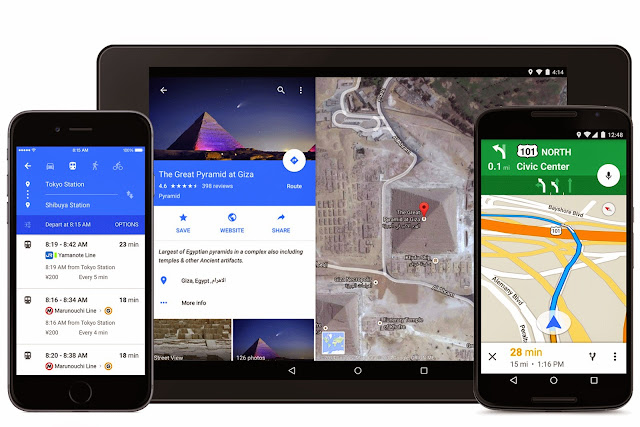