Microsoft releases Office for free for iOS and Android!

This is awesome! I think Microsoft are doing the right thing here, I mean their biggest competitors, Apple and Google has free Office suits for iOS, so to keep its users onto their office products, Microsoft just had to release office for free on iOS too.

Personally I haven't even installed Microsoft office on my iPad before, because it was too expensive to have an office 360 subscription, but I think I will install it now. And it's also much better that you now can use Dropbox for storage of your office documents. Hopefully they add iCloud drive support also later on.

Microsoft's Office suite for iPad, iPhone, and Android is now free. In a surprise move, the software giant is shaking up its mobile Office strategy to keep consumers hooked to Word, Excel, and PowerPoint documents. Starting today, you'll no longer need an Office 365 subscription to edit documents or store them in the cloud. The move comes just days after Microsoft announced a strategic partnership with Dropbox to integrate the cloud storage service into Office across desktop, mobile, and the web. You can now download Office for iPad and store all your documents on Dropbox without paying Microsoft anything at all. Microsoft is also releasing a brand new iPhone app today, alongside a preview of Office for Android tablets, all with Dropbox integration. 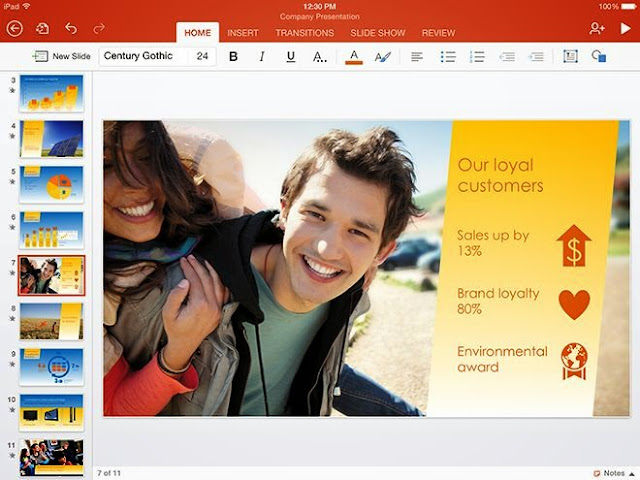 Via: Microsoft's next surprise is free Office for iPad, iPhone, and Android | The Verge