Google finally updates the Google+ app for iOS but still no full support for share sheet extensions - why Google?

Google has finally updated the Google+ app for iOS. Finally it supports the iOS 8 share sheet extension. At least part of it… Still not available when opening links in the annoying in-app web browser… Still the only action you can do from there is “open in Safari”. Why is it so hard for Google to do something right on iOS? How hard can it be to add the share sheet there too? Almost all other apps has it so why not the Google+ ?

It's really annoying. So for example if I want to add a post to my Pocket reading list, or add something I want to look at later to Omnifocus or if I want to blog about it with all the cool extensions that is available, then I have to first open the post in the in-app web browser, and then choose “open in safari”, and then choose the share sheet menu from there to be able to do it! 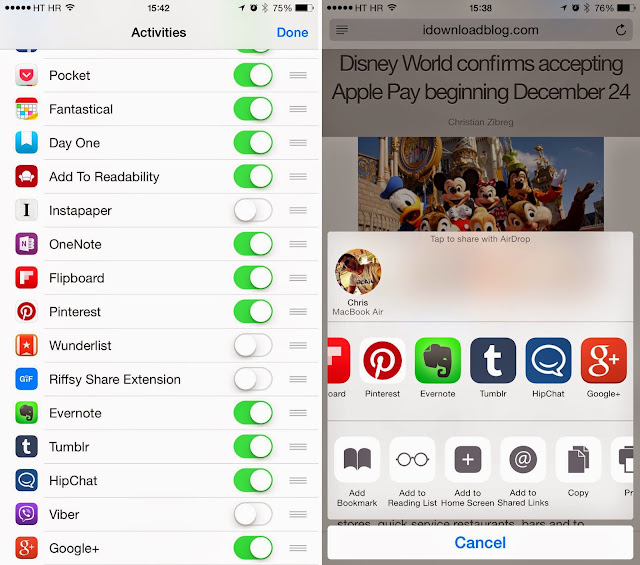 Google’s official iOS client for the company’s social network, Google+, has finally received a refresh for the new iPhones, more than three months after the handsets have hit stores.

In addition to native support for the new 1,334-by-750 and 1,920-by-1,080 screen resolutions of the new iPhones, the updated software brings a useful Share extension allowing you to send stuff to Google+ from other apps, the ability to vote on polls embedded in Google+ posts and bug fixes.

Here is a video on how bad Google apps is on iOS: