Here is my Omnifocus and Todoist comparison

I'm a heavy user of GTD and to me it's important to have a tool, a system that you feel comfort with. I've been using a lot of different systems and apps during the years, and I have even made my own system based on many different services. But the last years I have been using the very well known service called Omnifocus. I believe it's the rolls royce when it comes to task management.

But recently I've been annoyed with the syncing. My iPad and iPhone Apps is very often not synced when I open them and sometimes I have to manually hit sync in Omnifocus to have the apps in sync. That's annoying.

So I decided to test another task management system called Todoist. I have now tried it for a quite long time so I could do this comparison.

But I decided to stay with Omnifocus, so I won't switch to Todoist.

The top three reasons why Todoist is not for me:

Here is my complete comparison. Also see the video and mindmap below. 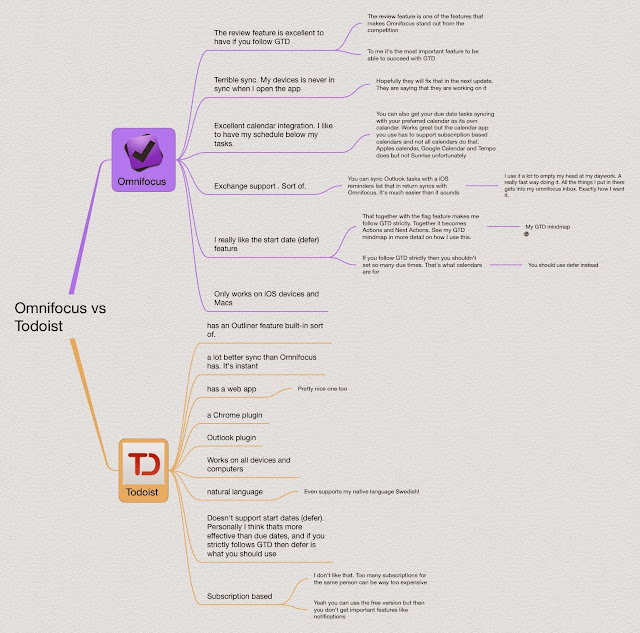 Here is my video where I talk about these two systems: