Why the official Twitter app is better than Tweetbot and Twitterrific

Federico Viticci has written an incredible good and huge (!) article about Twitter and the three biggest clients for iOS. And also why the official Twitter app is now better than both Tweetbot and Twitterrific, and I totally agree. As a Twitter power user I now prefer the official Twitter app for finding news to read, blog and do videos about. This is one of the best articles I've read this year and the cool thing is that Federico does exactly as me - using an iPad instead of a computer, so this long article is totally written on his iPad in the app Editorial (my favorite app).

I attempted to address my curiosity from a utilitarian standpoint. Given the three most popular Twitter apps for iOS (Twitter, Tweetbot, and Twitterrific), I wanted to slowly evaluate their features for my use case. To do this, I assembled a list of features I need a Twitter client to be capable of handling and I started taking notes every time I switched between clients. I’ve been doing this since early June.

I’ve spent weeks comparing features and changing apps to understand the kind of experience they want to promote. But implementation details and design differences aside, I also kept wondering the same question: was the real Twitter different from the third-party clients I used for three years? 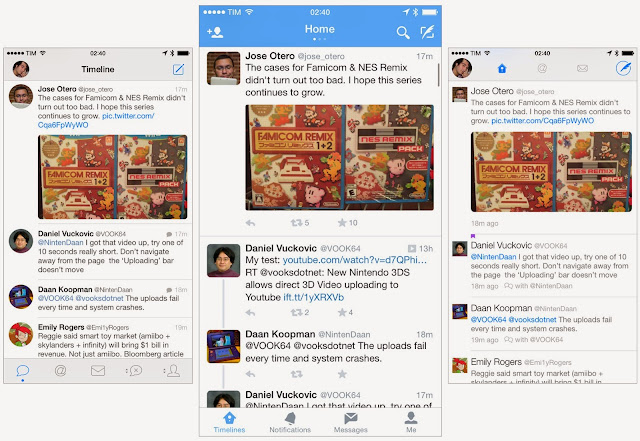