More and more users are moving to more private networks to share images and files with each other. And a lot of them are using Apples Airdrop feature to do it. It's incredibly fast, doesn't need an account, don't use mobile data, doesn't need an active wifi connection and is totally private.

Personally I use it everyday to transfer large video files and iMovie projects between my iPhone and iPad. No matter where I am. I can be in the middle of the woods far from civilization and it still works. I absolutely love Airdrop. If you can't watch the video above, click here: Users are starting to use Apple's Airdrop as a Private Network to share images and files 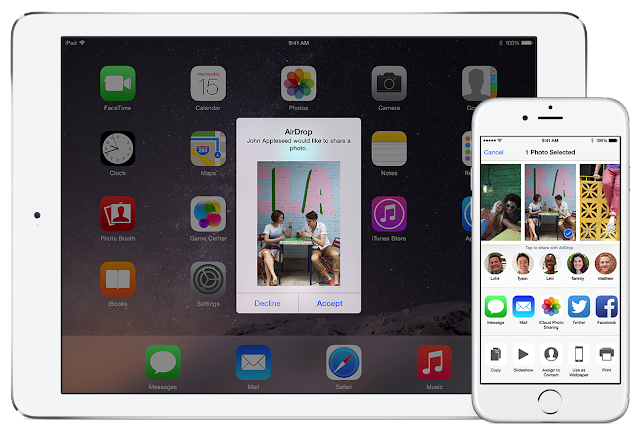 To share content with AirDrop, both people need one of these devices using iOS 7 or later, or a Mac with OS X Yosemite:

iPhone 5 or later iPad (4th generation or later) iPad mini iPod touch (5th generation) You also need to turn on Wi-Fi and Bluetooth. If you want to share with your contacts, sign in to your iCloud account.

This is from the article I mention in the video:

The most-used app during school hours with these kids at their New Jersey school isn't Snapchat or Instagram. In fact, it's not an app at all. These teens are now using AirDrop, a feature built into their iPhones, to send pictures to each other during class. When I asked why they didn't just use Snapchat instead, since it's essentially the same thing, I was informed that they're actually very different.

Via: Teens Using Apple Airdrop Instead Of Snapchat And Instagram - Business Insider