I think Apple's new smart pen patent is really interesting. I'm actually against styluses if they are made for using on the display directly. I can't see the point in that. Not more than for artists. But if it will be made as in this new patent I think it could be really useful. I mean this smart pen would be capable of detecting hand movements for translation into digital line drawings and text. Perfect as a text input for the Apple Watch! So for example, you can write with this pen on any paper at a meeting and it automatically sends the text you have written to your Apple watch and store it in your favorite note taking app for later syncing with your other iOS devices and Macs. Brilliant, just brilliant. If you can't watch the video above, click here: About Apples smart pen patent - perfect as a text input for the Apple Watch 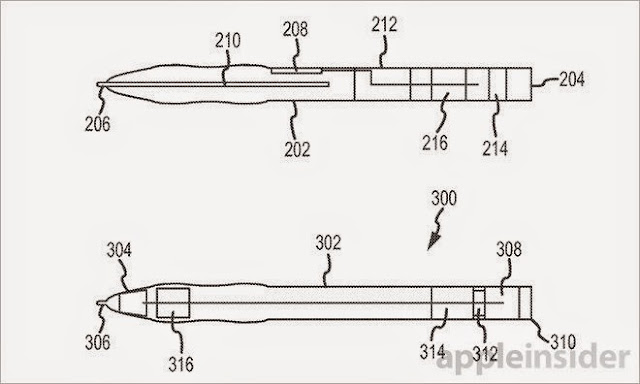 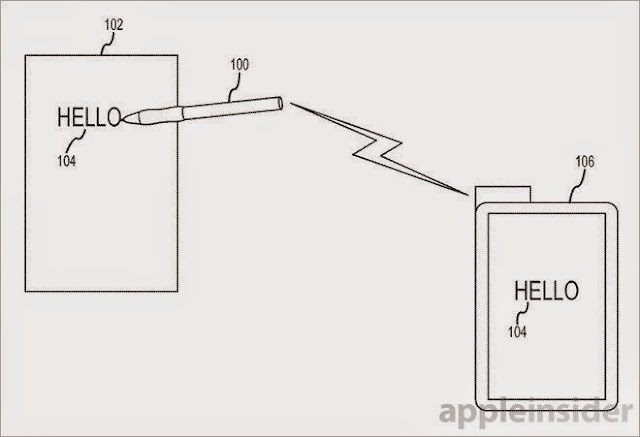 Apple's stylus is based on efficient accelerometers or other motion-sensing hardware. In practice, Apple's pen activates only when picked up, its nib is pressed to paper, withdrawn from a dock or manually turned on by the user. From there, onboard sensors track position changes in relation to an initial zero point, allowing the device to send realtime data for translation and graphical representation on an iOS device's screen.

Watch more videos from the Apple playlist(sorted from oldest to newest):