Many people has asking me why I prefer using an iPad instead of computers.

The most important answer to that question is that I really like using my fingers when editing and manipulating audio and video. I like the feeling of using my fingers directly on the display when creating content. It feels more natural. And with the new iPad Air 2, the natural feeling is even stronger because the glass is much nearer the display panel.

The second reason is because I think the Apps are better on the iPad than they are on computers. They have more automated features built-in. They make me more productive and creative. Also the new share sheet and extensions makes it easier to work on the iPad. On a computer you usually have to work more manually between opened Apps. On an iPad you can send content, format it as you want it and then publish it. All in the background without leaving the app you are working in. The experience on the iPad is more automated. And it is also much simpler and faster to upload and use images for blog posts on the iPad, with all the great Apps that are available.

The third reason is more obvious, and that is that the iPad is much more portable of course. It's so thin and light so I can have it with me everywhere. I can create content and work on it anywhere and anytime. And that's very important to me. I can even create content while walking! Or on the toilet ;) 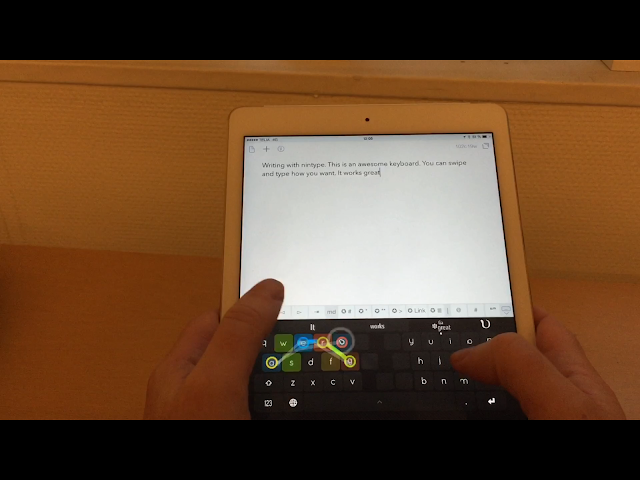 I don't use any physical keyboard with the iPad because I actually type faster with touch based keyboards. They have so many great features built-in that makes me a faster typer.

And I don't use any case or covers with it either. I want to have it as thin and light as it was meant to be. A Smart Cover almost weight as much as the iPad Air 2 itself as an example. And quite frankly, I don't see the point in having a case or cover on it. It's nearly impossible to drop it. It feels very safe holding it.

So there you go, this is my biggest reasons for using an iPad instead of computers. There is a lot more reasons why though. Check my video below for more details.

If you can't watch the video below, click here: Why I prefer using the iPad instead of computers

Watch more videos from the iPad playlist(sorted from oldest to newest):

My videos about Apple's iPad.