I've been doing a lot of videos about that I believe that Apple will release a new ARM-based MacBook Air, and now the famous KGI analyst Kuo, has posted a report that shows that Apple is working on two new ARM chips, the A9X and A10x chips for both iPad's and Mac's. We could eventually see them as soon as later this year, but more likely in 2016.

I have many times said that I think the rumored 12-inch iPad Pro and the rumored 12-inch MacBook is the same device. So maybe it could be a new kind of device that is designed as a MacBook Air that is ARM-based and running iOS? Apple already has a patent for an ever smarter Touchpad that can navigate an operating system in a new innovative way. So maybe that touchpad is this new click less touchpad we have seen in the renders of the 12-inch MacBook Air? Maybe it's meant to be used to navigate and use iOS on a non-touchscreen based device? So that you don't have to reach for the display. It's a lot better ergonomically to use a touchpad instead. 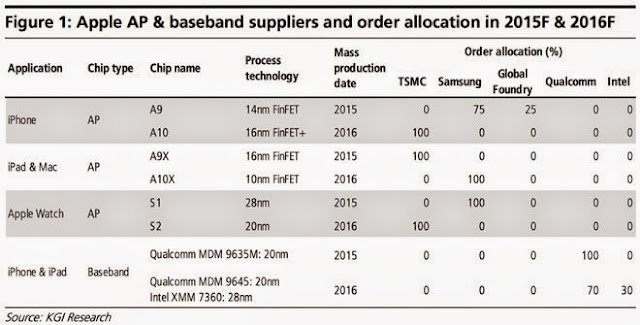 Such a device would be even faster than the iPad Air 2, it would be running all the great iPad apps that I sorely miss on computers, it would have an unbelievable battery life, it would be incredibly small and light, and Apple won't be dependent on Intel before they can update their Macs yearly. They can do it when they want to. And by customize their own chip they can differentiate them self from all look-a-likes and clones.

To me this would be a dream machine. It's the future.﻿

If you can't watch the video below, click here: ARM-based 12-inch MacBook Air could finally be a reality

Mac buyers in 2016 and beyond could have the option of purchasing a machine powered by Apple's A-series processors, which currently sit at the heart of the iPhone and iPad, according to KGI Securities' Ming-Chi Kuo.

Via: Apple may shun Intel for custom A-series chips in new Macs within 1-2 years