Here is my latest episode in my video show called svartlingcast. It has been an exciting week with a lot of cool stuff. Below you can see what I'm talking about in this episode.

If you can't watch the video above, click here: I have a feeling that Apple will have a great 2015 too | Svartlingcast 008 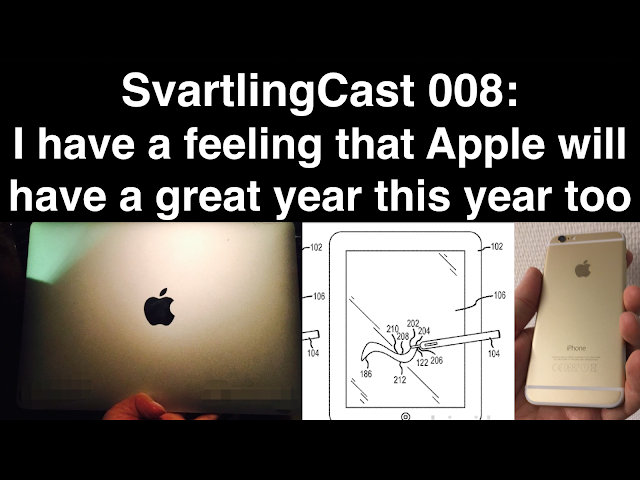 Watch videos from the svartlingcast playlist(sorted from oldest to newest):