My thoughts on the 12-inch MacBook Air

Some sources inside of Apple has apparently been using a totally re-designed 12-inch MacBook Air that is much smaller than the 11-inch Macbook Air. It looks so good that I get tempted to buy it if it becomes a reality. Even if I'm already living in the post-pc era by using my iPad Air 2 exclusively :)

Apple has apparently managed to put in a larger screen in a much smaller body than the 11-inch Macbook Air. To be able to do that, they have removed all ports except for one USB Type-c port and a headphone jack. The 12-inch display has almost no bezels now and to be able to fit a full scaled keyboard in this device, Apple had to make the keys tighter together than they are on the 11-inch Macbook Air.

It is also now fanless so it is totally silent. In stead, they have added ventilation in the new stereo speaker grill above the keyboard.

I really like this idea. I think you should think of this as a totally new device and not compare it to a normal Macbook Air. It's nearer to think of if as an iPad. It's a very portable device.

Almost no ports doesn't bother me much, I have iCloud drive storage so I don't need to use external drives with this device. And charging will be very easy to do through the USB type-c port. And if I want I can also connect it to a larger display if I want via the same connector. USB type-c supports that.

And if you think of it: The iPad also only has one port and a headphone jack. And maybe it's a Lightning port that they use on the iOS devices, and not a USB Type-c port? It actually makes more sense.

So if this 12-inch device will have 10-15 hours of battery life, then its very easy to use it as a very powerful iPad. And who knows, maybe it even has an ARM processor and not an Intel Broadwell as everyone thinks? If thats the case, then this device could be the one I've been doing a lot of videos about: The rumored iPad Pro.

If you can't watch the video above, then click here: The 12-inch Macbook Air looks awesome! 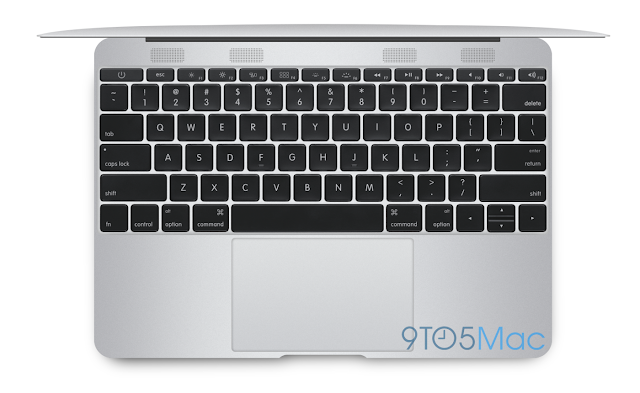 Apple is preparing an all-new MacBook Air for 2015 with a radically new design that jettisons standards such as full-sized USB ports, MagSafe connectors, and SD card slots in favor of a markedly thinner and lighter body with a higher-resolution display. Sources within Apple, who have used internal prototype versions of the upcoming computer, have provided in-depth details about the machine.

Watch more videos from the Apple playlist(sorted from oldest to newest):