This is awesome! But that takes away some of the reasons why I use the excellent iOS app Nuzzel. Nuzzel does exactly that, shows you the most important tweets in a specific time you choose. For example the last hour, 4 hours, 8 hours or the last day.

This new Twitter feature will probably not be as advanced as Nuzzel but it will be one more feature that makes the official Twitter app the best app out there. As I've already said before. The official Twitter is the best twitter app. By far. This new “while you were away” feature is a very welcomed feature because I am dependant on twitter for all my news and this will make it even better as a news reader. 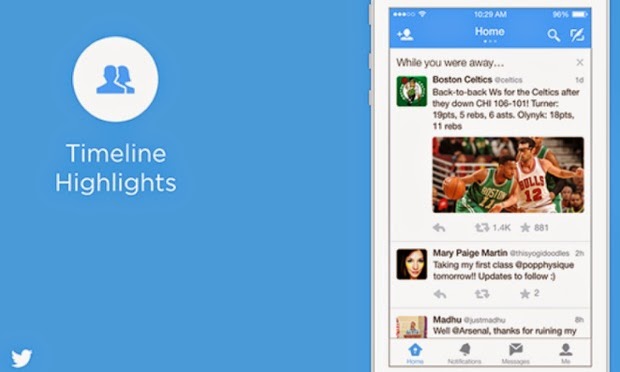 Twitter has begun rolling out a new “while you were away” feature, which presents a recap of important tweets users may have missed since their last login.

The feature pins what Twitter considers to be the best tweets to the top of a user’s timeline the next time they open their Twitter app or browse the website.

Via: Twitter rolls out ‘while you were away’ recap feature | Technology | The Guardian

Here is a video about Nuzzel: