Apple wants to reverse a cultural trend that it had created itself. It wants us to start wearing a watch again

Yeah, personally I don't wear a watch anymore either, but I'm very tempted to start again when the Apple Watch is available here in Sweden where I live. It depends a bit on the price though, but hopefully Apple will announce the price of the different watch editions on their event March 9th.

And I have actually used a smartwatch for a quite long time already. I own the Sony Smartwatch 2, and with that experience that smartwatch gave me, I know that Tim Cook is right that having notifications on your wrist is way better than having them on your phone. Especially when you need to be discrete in a meeting or at a dinner with your wife for example. 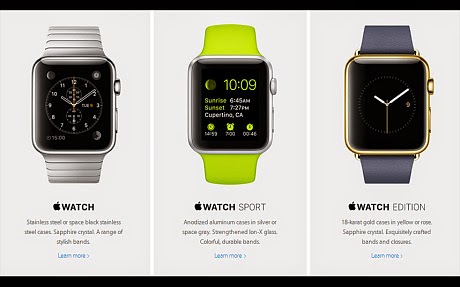 Like millions of people, Tim Cook stopped wearing a watch a while back. The Apple boss no longer needed one: his iPhone told the time just fine. There was just one problem, as he readily acknowledges in his interview with The Telegraph: glancing at one's wrist can be a very useful way to find out information. It is less rude and less intrusive.

Here is a video I've done about the Apple Watch: