Yes I totally agree with that. I have even talked about that before, when the Apple Watch still were just a rumor. The Apple Watch is a perfect companion device to a large phablet (iPhone 6 plus) that can still be left in your bag or pocket while you glance at notifications, messages and news on your wrist. Totally hands free.

I can really see all the useful Apps that will come for the Apple Watch. Apps like Twitter that will make it easy to see the most important and interesting news when you need them.

And it's also awesome that Apple now just in time updates Siri with more international support for more languages. So that it will be possible for more users to use the Apple Watch hands free using Siri.

I believe that one of the most important use for the Apple Watch will be as a hands free companion to the large phablet that the iPhone 6 plus really is. And that is also why I don't think Apple will release a 4-inch iPhone anymore. And no new iPod touch either. 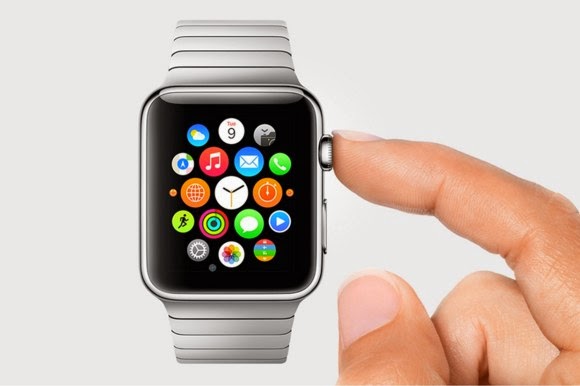 “The Apple Watch is a hands free and much less conspicuous way to look at my emails, my text messages, instant messages, [and] Facebook Messenger.”

“In a way, that might create some demand for the Apple Watch that hadn’t previously been seen in the marketplace,” Gaffney told us. “I now am more likely to want a little screen to go with my big screen than I was before when I had the middle screen.”

Via: Did larger iPhones create the market for Apple's Watch? | VentureBeat | Gadgets | by Harrison Weber

Here is one video where I talk a little about the Apple Watch as a companion to the iPhone 6: