I think that in a way the new 12-inch MacBook is the iPad Pro. A larger more powerful iPad with a keyboard, and that runs OS X instead of iOS. And Apple will never do a laptop with touchscreen because that is the worst user experience you can have. So the 12-inch is really the answer for those who wanted an iPad pro in the best possible way. And the price is actually very good for what you get. It's what an 128GB iPad Air 2 with a great keyboard case cost. And that is exactly what you get and a lot more. Bigger screen, 8GB RAM, 256GB storage, more powerful and OS X to name a few things. 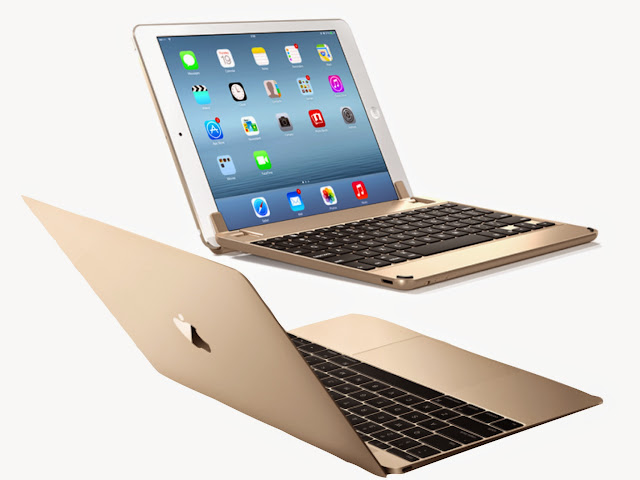 And I'm sure you can run video editing apps like Final cut pro X and other video editing apps just fine. And also most of the music making apps too. I had an 11-inch MacBook Air from 2011 that could do that just fine, so this 12-inch MacBook will be able to do that too without problems. The Core M processor is comparable to a Core i3 or even i5 processor in benchmarks, so I'm sure it won’t be any problems.

So I'm not so sure that Apple will release a larger iPad. I think the 12-inch MacBook is that device. And it already has a perfectly seem less iOS integration thanks to OS X Yosemite.

So to me the 12-inch MacBook are blurring the lines between the iPad Air 2 and a normal laptop perfectly fine. And that is what this device is meant to do.

Here is a video with my thoughts on this: